Jana Partners, the activist hedge fund headed by Barry Rosenstein increased its stake in Hertz Global Holdings, Inc. (NYSE:HTZ) to 8.3% based on its regulatory filing with the Securities and Exchange (SEC).

Details of the investment

Based on the filing, Jana Partners now owns more than 38.1 million shares (including options to purchase 11,378,815 shares) of Hertz Global Holdings, Inc. (NYSE:HTZ). The activist investor bought its position in the company at an aggregate price of $712.2 million.

Jana Partners previously owned more than 32 million shares or 7% stake in Hertz Global Holdings, Inc (NYSE:HTZ). The activist investor believed that the shares of the car and equipment rental company were” undervalued and represent an attractive investment opportunity.

In JANA's Q3 letter to investors, the hedge fund stated:

Hertz Global Holdings (HTZ) – Hertz is a leader in a consolidated industry that we believe has  substantial unrealized pricing power. We have been following HTZ and the transformation of the  car rental industry over the last three years. Against a backdrop of healthy industry fundamentals,  HTZ has been plagued recently by fleet mismanagement problems and an accounting restatement.  The dreadful share price performance of HTZ relative to its peers has fostered a shareholder rebellion that led to the ouster of CEO Mark Frissora and important changes to the HTZ board.

What HTZ needs now is new leadership – a CEO who can reposition and right size the fleet, take  the lead on improving pricing, resolve the accounting problems, reinvigorate the troops, and  complete the spin-off of Hertz Equipment Rental (HERC). It is a tall order, and we believe Scott  Thompson is just the right guy to do it. We have known Scott for years. His track record at  Dollar Thrifty Group was exceptional. He is a car rental guy who knows the ins and outs of the
industry, is passionate about the opportunity at HTZ and is highly regarded in the investor
community.

We have met privately with the board and have written publicly to them to express  our enthusiastic support for Scott Thompson. With the right CEO at the helm – be it Scott or an  equally qualified leader – and the appropriate strategy and capital allocation plans in place, we  believe HTZ is capable of generating nearly $3.00/share of free cash flow. This combined with  an estimated value for HERC of roughly $6.00 per share, suggests that HTZ is trading at a very  deep discount to intrinsic value.

Jana Partners indicated in its filing that it has continued discussions with the board of directors of Hertz Global Holdings, Inc. (NYSE:HTZ) regarding management succession and board composition.

Jana Partners believed that that such issues are of “heightened importance” after the recent announcement of Hertz Global Holdings, Inc. (NYSE:HTZ) regarding the restatement of financial results and operational issues including fleet management and operational cost controls.

The activist investor emphasized that such issues demonstrate the company does not have sufficient oversight. Jana Partners said it would “take steps to alter Hertz’s board composition, subject to the outcome of the company’s previously announced management succession search.

The activist investor emphasized that Thompson is a clear choice to led Hertz to fully address the problems confronting. According to Jana Partners, Thompson has deep understanding of the car rental industry dynamics and strategies.

Jana Partners added that Thompson is well-suited to help clean the company’s accounting fallout given the fact that he is a CPA and previously served as CFO of a public company.

Furthermore, the activist investor said Thompson has ability to recruit and retain talents and to restore the credibility of Hertz Global Holdings, Inc. (NYSE:HTZ) to investors. Jana Partners said Thompson is widely favored by shareholders to become Hetz’s next CEO. 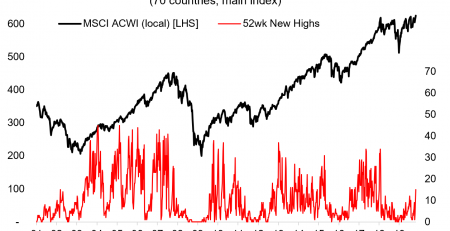 By Ray Dalio via Linkedin Also see 2017 letters Get The Full Ray Dalio Series in PDF Get the entire 10-part series on Ray Dalio in PDF. Save it to your desktop,... Read More