Jeffrey Millers Market Musings – Oil Prices: Are We There Yet? – ValueWalk Premium

Oil Prices: Are We There Yet? by Jeffrey Miller, Partner, Eight Bridges Capital Management

I’ve been getting (and asking) that question a lot in recent days. Not only from other market professionals but from people that normally don’t follow the markets. I noticed that in the past few days one of the channels at the gym that is usually tuned to Ellen or some other dreck was now set to CNBC in the afternoons. My answer until today has been consistent – not yet. Today something changed in the market however. Small caps, which had been getting hit for months, and are down significantly more than large cap stocks, turned up at midday day and rocketed higher. The Russell 2000 ETF, or IWM, shot from $95.12 at 12:30 to over $100 before closing at $99.79.  This is a huge intraday move. In addition, many of the small and midcap stocks that I watch closely also moved strongly higher in the afternoon.

This is a significant short-term trading turn. As of yesterday’s close, the Russell 2000 was down 13.1% over the trailing 12 months and was off a whopping 22.4% from its 52 week high. The average stock in the index was off even more. When you wonder why so many funds are having a rough time, this is a main reason. Only the largest stocks in the benchmarks have been doing well, making it very hard for those managers that don’t want to take on the concentration risk inherent in large index positions to outperform in this environment.  But eventually, I think there will be a serious reversion – and it may have just started.  For comparison, the S&P 500 was off just 4.6% for the past 12 months, and the S&P 100 even less, at a 3.3% decline.  Put another way, the top 100 stocks by market cap beat the smallest by over 10% in the past 12 months, and the performance versus the 52 week high is similar. Since the selloff started in June, large caps have beaten small caps by over 11%.  Where do active managers shop for bargains? Not usually at the top of the food chain. Hence the recent pain.

While the recent divergence between large and small cap stocks is fairly well known, what hasn’t been discussed much is why this happened. The stocks that have been performing the best are not those with the most cash flow or the cheapest valuations.  They are the ones that have the best revenue growth and perceived ability to sustain that growth for the next few years.  But I think there is something more pernicious at work. This has been a terrible year for fund flows into actively managed investment funds and a great year for fund flows into index funds and ETFs. How do most index funds and ETFs invest?  By buying the largest stocks. Even funds that supposedly invest in large numbers of stocks, like the S&P 500 index funds that are so popular, have the bulk of their assets in the top 50 companies. The bottom 50 are essentially meaningless. So what you have seen this year, and in prior years, is that as more investors move into index funds, they are all buying more and more of only the largest stocks, and their redemptions from active funds that invest in smaller companies are forcing those managers to sell. The result is not only the large disparity in performance we’ve seen recently, but an increasing concentration of market risk in fewer and fewer stocks. Put another way, breadth stinks, and when breadth stinks, its hard for the market indices to continue to move higher. This has happened over and over again in the history of markets, as investors get into crowded trades at the top of the market. Vanguard and its mouthpiece Jack Bogle perpetuate this myth that indexing is always better than actually selecting stocks based on objective measures of value, when the facts prove otherwise, because it is good for business. Their (misleading) sales pitch has made them the largest mutual fund manager in the world. This concentration risk is also inherent in many index-based ETFs (the dangers of which have been extensively discussed here previously). Despite this obvious structural problem, their sponsors are some of the fastest growing asset gatherers in the industry.

Despite these issues, I think we are at a short-term inflection point. Long-term, there are some real bargains out there, but some serious issues in China and the Middle East may make a sustained rally hard to maintain. Many high-quality companies are off 15-20% year-to-date in 2016, and are now trading at attractive prices. Our fund has been buying well-run community banks in strong markets this week, and will continue to do so on further weakness. M&A is coming to this sector, and the market gyrations based on money-flows we’ve seen are giving investors a great chance to buy these companies at good prices.  We also like some defense stocks and gaming companies at their current valuations, and are increasingly interested in a few companies that have been unfairly tainted with the specter of oil-related business declines.

Speaking of oil – Are We There Yet?  I think we are. In August of 2014 my partner (who’s also my wife and our resident oil expert) and I attended an MLP conference at the Wynn Hotel in Las Vegas. Two-hundred and fifty different companies were there presenting their growth plans for new drilling, refining, storing and moving of oil and gas products. Some were bullish on fracking, others on LNG exports, still others on building new pipes from Colorado and West Texas to refineries on the Gulf Coast. Capital was cheap and easy to get, and no one was worried about over-capacity or the fact that everyone there was saying the same things.  As the non-energy expert who was there to see what all the fuss was about, to see why there were IPOs and follow-on offerings coming every week that were many-times oversubscribed, I kept thinking that this reminded me, and not favorably, of the similar conferences I attended for sub-prime mortgage originators, REITs, and servicing companies in 2005 and 2006, and how back then I didn’t understand how companies could make loans to people that couldn’t pay them back and expect it all to work out well in the end. Well, just like with subprime, it didn’t’ work out well. Many of these same energy CEOs we met with who were bullish on the way up are now uniformly bearish at the bottom.  I chuckle when I see them on CNBC proclaiming that oil at $28 isn’t near a bottom and that $20 is a possibility, when they didn’t have a clue that this selloff was coming when oil was over a $100 and they were growing like a weed less than 2 years ago.

Is oil done going down?  I don’t know. But I do know that the exuberance is gone, that the CEOs are scared, and that capital spending in the industry is off nearly 75% from its peak. I know that the Saudis are losing money, the Brazilians are losing money, the Venezuelans are cooked, and the Russians are withering on the vine. Canadian oil sands?  Done. Artic drilling?  Done. Deep water in tough locales? Done. Lots of future production has been cut and isn’t coming back unless oil is back over $70 and stays there. That’s a long way from here. And lets not forget that the quoted price for WTI or Brent is for the best quality crude. Most crude trades at a big discount to that price. I read yesterday that some crude in the Midwest is being bid at $1.50 a barrel.  Think that works long-term? Me neither.  So what are we doing? We’re picking away at the best midstream MLPs, the best tank car maker, and the best refiners and field services company. Are we early?  Yep. Are we losing money so far?  As of today we are. But we think that, just like the best banks were a screaming buy in 2009, the best oil companies are a buy today.  So that’s what we’re doing.

China continues to come unraveled, and the central government’s attempts to rescue its markets are failing. The suspicion on desks is that sovereign wealth funds have been dumping stocks to cover budget shortfalls. If so, we may be in for some unusual month-end trading going forward. ETFs and index funds are creating a herding effect in the largest of the large caps. This concentration will end badly, as it has every time in the past. Be wary of expensive “safe” stocks and buy some cheap SMID names instead. Value always wins in the end. 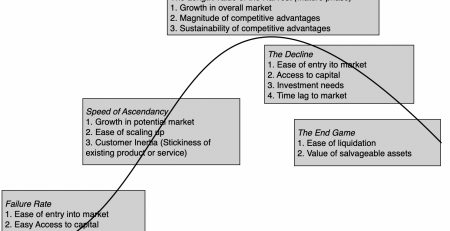 Managing Across The Corporate Life Cycle: CEOs And Stock Prices!

One of the big news stories of last week was Jack Dorsey stepping down as CEO of Twitter, and the market's response to that news was to push up... Read More

Larry Summers: "I Don’t Know A Greater Threat To Our Prosperity" Than If Donald Trump Becomes President

The Paulson Merger Arbitrage fund, managed by John Paulson of Paulson & Company, has proven itself good at one factor: losing investor money. In fact, its consistency in this... Read More