John Dorfman: Valuable Investing? Are you better off with a robot? – ValueWalk Premium

Are you better off with a robot? Dorfman Value Investment’s John Dorfman discusses why his robot list performs so well, but is not for most investors.

It’s been the worst start to a New Year in my memory and even though I try to block out market noise, this roar could not be ignored. Yesterday I tracked down Bill Wilby,  a Great Investor who left Wall Street in 2007 because it was getting “too crazy” in the markets and on the Street. He certainly got that right! Wilby used to run the Oppenheimer Global Fund which was the number one performer in its category for the 12 years he managed it. He now runs money privately.

I thank Bill for taking the time to share his observations with us while he was on the road.

This week we are interviewing an under the radar, value investor who, with few exceptions sticks to his fully invested, stock picking discipline no matter what the market weather.

As a long-time financial journalist I have seen investment theories and strategies come and go. Wall Street firms have devoted billions in their quest to find proprietary magic formulas for outperformance.

Michael Lewis’ best-selling book, now a movie, “The Big Short” did a masterful job of describing various mathematical and computer science algorithms that contributed to the financial crisis. They were so complex and arcane that even their creators and certainly their customers had little idea of what was in them and how they would really work in the real world.

This week’s guest has a much simpler approach which much to his surprise when he first tried it 17 years ago does work, but it comes with a large caveat: it is not appropriate in the vast majority of portfolios. He only applies some of it himself.

He is John Dorfman, Chairman of Dorfman Value Investments, an investment management firm he founded in 1999 that manages money in separate accounts for high net worth individuals, family offices and a few institutions.

He is a deep value investor who runs concentrated stock portfolios that have outperformed the S&P 500 by a wide margin over the years. Dorfman is also a journalist. I knew him at The Wall Street Journal  and even though he switched to money management full time in 1997 he still writes financial columns.

One of his most popular, which has been his first column of the year for the last 17 years, is devoted to his robot portfolio. Dorfman created his 10 stock robot portfolio to test the theory that statistically cheap stocks will outperform the market over time – and lo and behold they have.

He starts with all U.S. stocks with a market value of $500 million or more. Then he eliminates those with debt greater than equity then he picks the ten stocks selling for the lowest price earnings multiples of the past year’s earnings.

The result is the “Robot Portfolio” has had a compound average annual return, with dividends included, of nearly 16%, compared to just over 4% for the S&P 500.

Given the spectacular performance of his robot portfolio why doesn’t Dorfman just use that method for all of his accounts?  He will tell us.

To watch the show on Public Television this weekend check your local listings here.    Otherwise, it will be available on our website over the weekend.  You will also find a link to Dorfman’s 2016’s Robot Portfolio on our website after the show airs.

John Dorfman: Pay Attention To Price In Your Investments

John Dorfman started out his professional career as a journalist, with successful stints at publications including The Wall Street Journal and Forbes, before making the switch to money management, joining legendary value investor David Dreman and then founding his own firm, Dorfman Value Investments. He describes the biggest difference between financial reporting and actual investing.

Why Are Equities And Oil So Positively Correlated Since The Financial Crisis?

Positively Correlated  - Since the financial crisis, the daily returns of global equities and the WTI oil price have been highly correlated. According to Source, the multi-asset research outfit,... Read More

Via Ron Baron Q3 letter to shareholders. Healthcare spending has increased dramatically over the past 50 years, both in absolute terms and as a share of GDP. Total healthcare spending... Read More

Another development in the Bill Ackman / Herbalife Ltd. (NYSE:HLF) kerfuffle.  In a politely-worded letter that is ostensibly a friendly bit of advice, Ackman warns the board of directors... Read More 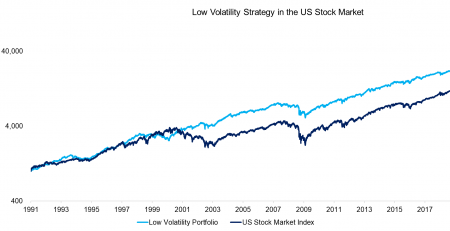 Bill Gross: It Never Rains In California by Janus Capital Group Ted Cruz recently suggested praying for rain in Texas, and apparently someone did a few weeks ago, producing a... Read More

Today, Seward & Kissel LLP released the findings of its annual New Hedge Fund Study, which surveys U.S.-based funds that were set up in 2018 and identifies key trends within the new... Read More

Top Trades For 2016 According To Goldman Sachs

Top trades for 2016 It's that time of the year again. Wall Street is busy coming up with its predictions for 2016, and Goldman Sachs is predicting more of the... Read More