In a highly unexpected development LETS GOWEX SA (OTCMKTS:LGWXY) (BME:GOW)'s CEO has resigned from the company today, and the company has also announced that it is declaring voluntary insolvency. The news comes only days after Gotham Research issued a highly negative report regarding the Spanish company, and called the stock worthless. As of late last week, the company was denying the charges in press releases and statements sent to ValueWalk, as the stock tanked after the Gotham Report. The bankrputcy news was first reported early today by a Spanish publication, Boursorama. Below is the announcement regarding the CEO resignation and the bankruptcy via the

The Board of Directors of the Company announces that on July 5 2014, at 16’00, at the Company's offices, Mr. Jenaro García Martin, Chief Executive Officer and President of the Board, has declared in the presence of different Board Members that the financial accounts of the Company for the last four years, at least, do not show a full and fair view of the Company’s situation, taking responsibility for this falsity.

The Board, as stated in the minutes of the meeting, signed by the Board Members attending the session (Mrs. Solsona Piera, Martínez Marugán and García (attending the meeting both on his own behalf and representing the Board Member Ms. Maté),has revoked all powers and delegations granted to the Chief Executive Officer and has accepted his resignation.

The Board, anticipating that the Company might not be in a position to face its ongoing debts when they become due, has agreed to file for a declaration of voluntary insolvency, without prejudice of other measure that it may adopt for the best protection of the Company’s interests, regarding which it will immediately inform the market as soon as it might  adopt them.

The Board resolutions shall be notarized by exhibition of the minutes, as it has not been possible to certify their contents, since the Board has accepted the resignation of Mr. Garcia Martin and  has not appointed a new President.

We remain at your disposal for any clarification deemed appropriate. 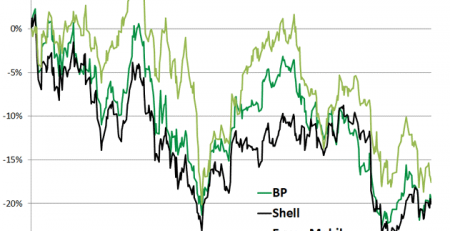 China growth. If there’s one thing you can bet on, it’s that Chinese policymakers are completely unpredictable. Last night the People’s Bank of China cut the reserve ratio requirement for... Read More