Digital Moats by Marathon Asset Management, dated August 2007. This is discussed in their new book Capital Returns: Investing Through the Capital Cycle: A Money Manager’s Reports 2002-15 we think – anyway read it below.

Eight years ago, when it looked as though the future belonged to Internet companies, it was possible to double your money in a matter of months by investing in any company with dotcom attached to its name. At the time, we were unable to justify the valuations of any of these companies, nor identify any which we could safely say would still be going strong in years to come. Consequently, Marathon’s global portfolios avoided any exposure to Internet companies at that time. Yet some of the best recent performers in our global portfolios are companies which execute all of their business online. Two of them are even former highflyers from the dotcom bubble, Amazon.com and Priceline.com. Given that these firms have little in the way of current profitability, why do we own them?

For a start, each of these companies are building sustainable competitive advantages. Their strategy is to use the low cost and scalability of Internet technology to provide savings for their customers. They recognize the importance of securing a dominant position in their respective markets by operating their businesses with low margins, in the short-term, so as to maximize their earnings potential in the long-term.

Amazon.com is the best known and most established of the businesses, having expanded well beyond its origins as an online discount book retailer. A lot of scepticism surrounds the stock, partly because of its high profile at the time of the Internet bubble, and more recently because of the volatile progression of the company’s margins. The variation in the margin stems from Amazon’s desire to continue to expand its offer, and the fact that a number of the new services – including Amazon Web Services, which provides computing services for clients, and ‘Fulfilment by Amazon’, which enables other retailers to use Amazon’s expertise in processing inventory and orders – have required large upfront investments and will take some time to develop into profitable businesses. This investment, most of which is written off as an expense in the accounts, has made margins rather volatile over recent years.

While Wall Street fretted about the collapse in margins, without thinking of the longer-term benefits of the investment, the stock declined from $60 to $40. Now there are signs that Amazon’s margins are recovering, while sales are growing at 35 per cent year-on-year. The stock has almost doubled since the start of 2007. Amazon gives frustratingly little long-term guidance about the potential profitability of its new initiatives, but hints at an ambition for margins in the high single digits once these businesses have reached maturity. The company’s track record gives us confidence that they can achieve this, and at the current valuation of 2.3 times current sales, the shares are far from overvalued.

Priceline.com shares took one of the biggest tumbles when the Internet bubble burst, falling from a peak of $974 to a low of $7. The company had been operating an undifferentiated “name your own price” model, until the acquisition of Booking.com in 2005 shifted the corporate strategy towards developing its European agency hotels business. Some 32,000 hotels have signed up so far; with over 100,000 hotels to target, along with increasing Internet use by Europeans, Booking.com is well placed to capture a much larger share of hotel bookings in Europe. Operating the platform requires minimal cost and the company is already generating good cash flow which is being used to repurchase stock. It may be that the management of Priceline.com stumbled on this European opportunity by chance, but they have been smart enough to recognize the potential to create a business which could be generating enough cash in three to five years’ time to make the valuation of the company look far too conservative.

The basic corporate model of low margins in order to maximize long-term absolute profit is a well-trodden path, with Wal-Mart the most notable exponent. It is not surprising that some companies will have the good sense to apply this old model to the new medium of the Internet. This strategy dramatically reduces business risks (via reduced competition) whilst simultaneously raising long-term rewards (via likely growth). Internet technology will help these firms secure competitive advantage and investors should benefit in the long run.

With the recent default of Greece, all eyes are on the other 'weak' European economies. Portugal and Spain have come to the forefront of trades. However, when there is... Read More

What Is The Modigliani-Miller Theorem?

he post was originally published here. Q1 2021 hedge fund letters, conferences and more Definition of the Modigliani-Miller Theorem The theory suggests that a company’s capital structure and the average cost... Read More 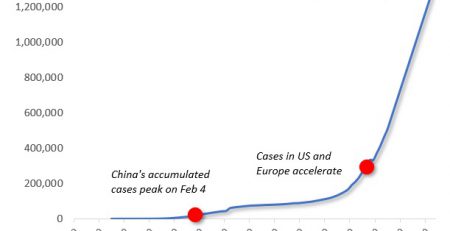 Southeastern: A Compelling Time To Invest Outside The U.S.

Josh Shores, CFA serves as a principal and director of Southeastern Asset Management, Inc. Mr. Shores has been with the firm since 2007 and joined as senior analyst. He... Read More

Near-term oil market fundamentals are deteriorating, and oil prices are close to a bottom, according to a recent research note from Goldman Sachs' Equity Research team. Goldman's analysis shows that global... Read More