From the Vaults: Michael Mauboussin on The Paradox of Skill – ValueWalk Premium

Michael Mauboussin on The Paradox of Skill July 15, 2013

Variation in batting averages must decrease as improving play eliminates the rough edges that great players could exploit, and average performance moves toward the limits of human possibility. – Stephen Jay Gould

Okay, you have gotten the memo on improving skill: 10,000 hours, hard work, deliberate practice, grit, and attentive teacher. We’ve all heard it. You also recognize that in many of life’s activities, the results you achieve combine skill and luck. No debate there. Now, what if I told you that in many cases improving skill leads to results that rely more on luck? That’s right. Greater skill doesn’t decrease the dependence on luck, it increases it. If you have an interest in sports, business, or investing, this lesson is for you.

Stephen Jay Gould was a renowned evolutionary biologist at Harvard University who loved to write about baseball. One of his best essays was about why no player in Major League Baseball had maintained a batting average of more than .400 for a full season since Ted Williams hit .406 in 1941. Gould considered several conventional explanations, including more night games, demanding travel, improved fielding, and more extensive use of relief pitching. None checked out.

Maybe Williams was some sort of freak player, Gould thought, better than all of those who came before him as well as all of those who followed. That’s implausible, he concluded, because in every sport where performance is measured versus a clock, including swimming and running, athletes have improved. Baseball players, too, are better than they were in the past: faster, stronger, more fit, and better trained.

So how do we solve the mystery of the vanishing .400 hitter? The best approach is to set up a simple model that explains how greater skill can lead to a greater reliance on luck. We’ll then apply our model to other realms to see if it explains what we see there. In each case, we’ll see that luck has more sway even as participants hone their skill. It’s the paradox of skill.

What if I told you that in many cases improving skill leads to results that rely more on luck? That’s right. Greater skill doesn’t decrease the dependence on luck, it increases it.

The Jars of Success

So most cards in each jar have values at or near the mean, and a few cards are marked with numbers that have values far from the mean. To determine an outcome, you draw one number from the skill jar, one from the luck jar, and add them. Relating this to batting averages, you could say that a player has a certain amount of hitting skill—the number he drew from that jar-and some luck. A great player can have an unlucky season that results in a batting average below his true skill, or a below-average player can enjoy substantial luck and hit at an average that overstates his skill. Hitting .406 as Williams did requires tremendous skill and terrific luck. He drew numbers from both jars that were far above average.

See full Michael Mauboussin on The Paradox of Skill in PDF format here.

Negative Interest Rates Equity investors, perhaps looking at past performance and hoping for a statistically common December filled with good cheer, might not get it in 2015. A Credit Suisse... Read More

This is the final part of a multi-part interview with Michael Czajka and Colin E. Symons the Chief Executive Officer and Chief Investment Officer of Symons Capital Management. The... Read More 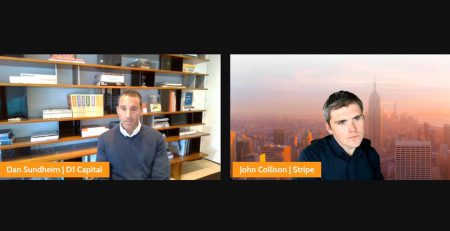 In his latest interview at Sohn 2021, D1 Capital’s Dan Sundheim discussed the difficulty of shorting in a market where retail investors are aggressively gambling on stocks. Here’s an... Read More