Mobileye NV (MBLY) Is Worth $11 Per Share – Insiders Know It, Goldman Knows It – Citron – ValueWalk Premium

Mobileye NV (MBLY) Is Worth $11 Per Share – Insiders Know It, Goldman Sachs Knows It, Citron Knows It, And Now You Know It! says Citron Research – another attack on the company by Citron Research – longs will not be happy. Lone Pine is or at least was a big shareholder here which means probably a lot of Tiger Cubs are getting crushed on this long – check out the latest below and judge for yourself who is right.

Last year Citron introduced readers to Mobileye. Riding the thesis that Mobileye (NASDAQ:MBLY) was the premier play on “autonomous driving”, analysts have justified a valuation multiple for Mobileye that surpassed even Qualcomm’s multiples in 2009.” (Citron detailed the comparison here.)

Since our first report, the Mobileye’s long-term prospects have gone from bad to worse. Insiders know it, Goldman Sachs definitely knows it … because at the end of the day… Money Talks and Bullshit Walks.

In this report, Citron Research offers up the only intellectually honest way to value Mobileye. Our conclusion is a stock price of less than $11 per share. And our methodology is more than fair. We use as our comp NVIDIA, a powerful and credible technology company that IS the future of autonomous driving.

What’s changed since the last Citron Report on Mobileye?

Mobileye is meeting with institutional investors this week. The company is doing their best imitation of a college kid at a bar at 2:00 AM: They say whatever they have to do to get into bed, regardless of the truth.

For anyone who is taking management at their word in recent meetings on the Street, just remember that in  April 2012, at a time when the company had a  $751 million valuation, they guided to $726 million in 2016 revenues.

Today its valuation is 1,175% higher, yet their revenues for 2016 are estimated be slightly above $350 million, less than half their revenue model at that time. For further insight into the insanity of the current stock price, Mobileye used those lofty projections to sell 25% of the company for $400 Million in mid 2013. And today it’s worth 8.8 billion? With its bus token R&D spend?

Needless to say, their market position has become increasingly precarious, as we explain below.

Mobileye’s Corporate Strategy Has Been Inadequate Since IPO

From its IPO prospectus, investors were led to believe that Mobileye was a pure play on autonomous driving. Their ADAS technology, a rapidly growing but modest-sized specialty technology sold to Tier 1 auto suppliers, was claimed to be the clear and obvious stepping-stone to a massive technology revolution. Mobileye management justified their low R&D spend by stating that their superior image analysis capabilities allowed them to completely forgo expensive

mapping technology, as well as the complex problem of fusion of multiple sensor types. And they exclusively owned this space; everyone else had it wrong.

Here’s Mobileye’s largest outside shareholder gassing off on the topic, nearly a year after IPO:

In fact Evercore defended this very strategy as recently as December 2015:

Less than 6 weeks after Evercore’s magnum opus, which was filled with direct rebuttal commentary on Citron’s last report on Mobileye, the company presented at CES. Their big “PR moment” was a complete about-face on the strategy.

It announced to the world:

Here’s the company’s own PR. Unfortunately, Mobileye neglects to mention that in mapping they are directly competing with  Nokia, BMW, Daimler, VW,  Microsoft, Amazon,  Toyota and Nissan,  Uber and of course Google ( here,  here and  here.) Oh, and let’s not forget  Baidu ,the ‘Google of China’,  and at least 5  other Chinese auto makers. And Tier 1 suppliers Bosch, Continental and Denso … each of which is making massive concurrent R&D commitments. But besides that why should investors be concerned about Mobileye being 5 years late and $20 billion short to the mapping party?

Commoditization Arrives in the ADAS Space

The highest multiple semiconductor stock of all time should not be facing the imminent pricing headwinds that we see in the ADAS feature space. Look what we have read in the past three weeks alone.

Last week NVIDIA held an investor day. The transcript is eye popping with regard to the future of ADAS technology.

This is a terrifying commentary if you are a Mobileye investor. Your main investment premise is that Mobileye’s market share in the current ADAS market is its free pass to controlling the immense market for autonomous driving technology. But years before it can roll out even a Gen 1 product to address that

market opportunity, its bread-and-butter is already on a competitor’s radar to become little more than a “free app” running on an onboard computer.

Just last week we read from Honda, a Mobileye customer:

Yet another clue as to the emergence of low-cost

The commoditization of sensors and chips is not a surprise to any seasoned semiconductor analyst. This is Moore’s Law at work, and we’ve seen this same trend transforming everything from personal computing to cell phones to cameras.

While Mobileye management intentionally misappropriated the glamour of “autonomous driving” to pitch its highly aggressive IPO pricing, they don’t misunderstand the value of their stock internally. This whole story can be summed up in the old adage:

Our first report (page 11) detailed how Mobileye IPO’s and secondary raised just $200 million for the company, while cashing out insiders to the tune of $1.6 billion in its IPO in 2014 and a follow-on offering in May 2015. Why would they create such a massive insider payday if they intended to compete seriously in autonomous driving, and if they were actually planning to succeed?

Since then it has gotten worse….much worse. Let’s start with the largest shareholder: Shmuel “I’m Not Selling Mobileye” Harlap. 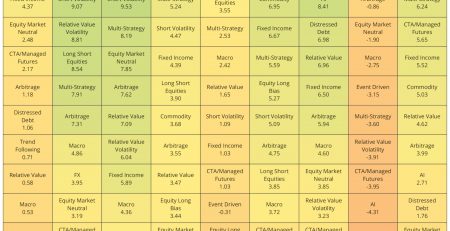 This piece’s source, Professor Kislaya Prasad at the University of Maryland, recently traveled to Cuba and assessed its business climate in preparation for leading a group of U.S. scholars... Read More