Motiwala Capital accounts on an aggregate basis had a net return of -2.9%. The performance information is shown in the table below:

Our portfolios are divided into two primary sections. The ‘Generals’ are undervalued equity investments. We own 19 of these positions, cumulatively equaling 50% of the portfolio. The rest of the portfolio is invested in special situations (short term investments with a specific event that can unlock value) and cash (40%). Our cash levels remain elevated due to significant sales over the last two quarters that were not offset by new purchases.

We participated in several tender offers in the quarter that were marginally profitable.

Generals: Portfolio exits: We sold out of six positions in the quarter. Some positions hit our price targets, while some were sold when I was concerned about the business or the investment was deemed as a mistake.

Microcaps H and L and North Atlantic Drilling (NADL): We sold our shares in microcaps H and L as the stock prices appreciated to our price targets. Capital gain on H was ~82% and gain on L was ~50% under one year. On the other hand we exited our NADL position for significant capital loss. This was discussed in the previous letter.

Verizon: We received Verizon shares via our earlier investment in Vodafone. After holding it for a little over a year, I lost conviction that the shares were an attractive investment. Verizon has significant debt of $100 billion and constant capital expenditure needs to maintain and upgrade its wireless networks. Add to that increasing competition and potential for margin contraction. Verizon shares seem fairly valued.

Blucora: Blucora has performed poorly since purchase. Every quarterly result saw a decline in revenues and profits as its legacy search distribution business imploded as a result of changes in Google’s policies and some execution missteps. Its e-commerce business (Monoprice) has not lived up to management’s expectations and the write-down proved that they overpaid for the acquisition. Tax Act is the primary reason the stock has held up despite these issues. Management compounded the problem with another acquisition of a loss making business. We exited with a 30% loss. The mistake was to look past the most recent acquisition and focus on Tax Act and cash flows from the search business.

Franklin Resources: We sold our remaining shares of asset manager BEN for a solid capital gain of 20% plus dividends as asset flows have stagnated.

Google: Google is a technology company that owns dominant web/mobile ‘properties’ such as Google search, Android mobile OS and YouTube. Google is still growing revenue rapidly however its operating and capital expenses have grown much faster in recent years. GOOG continues to invest in new areas as well as expand its infrastructure. As these investments reduce, profits and cash flow should increase. Google has $60 billion of net cash on its balance sheet and generated $12 billion in free cash flow in 2014. At some point, excess cash could be returned to shareholders.

Viacom: Viacom is an entertainment content company primarily producing television programs and motion pictures. Its main media networks are Nickelodeon, MTV and Comedy Central. Paramount produces and distributes motion pictures. VIAB earns most of its profits from cable subscribers to its channels and from advertising. VIAB shares have been under pressure due to ratings challenges for its programs and the decline in advertising rates. There is also pressure from cord-cutting / cord shaving trends as well as upcoming consolidation among Cable providers. However, VIAB produces solid free cash flow and after investing in content has been buying back shares and pays a growing dividend stream. While the company has taken on debt to fund additional buy backs, the interest is well covered. Shares trade for an attractive valuation.

Mind CTI is an Israeli company that provides convergent end-to-end billing and customer care product based solutions for telecom service providers as well as Telecom expense management solutions. We owned shares in the past and sold them profitably but prematurely as the stock went up significantly after our sale. 2014 was a big year for MNDO and revenues and profits grew sharply on the back of some large contracts. We purchased our position after a correction before Q4 results left the shares attractive. MNDO is special in that it pays 100% of its free cash flow to shareholders. MNDO has a solid balance sheet with almost 25% of its market cap in cash. MNDO was purchased for a 10% free cash flow yield ex cash.

Western Digital and Seagate: Hard drive manufacturers WDC and STX were purchased as valuations became attractive after a recent correction in their stock prices. We owned WDC in the past and it was a very profitable investment. WDC and STX have a combined market share of 85% of the $30 billion hard drive industry and both companies have prospered since the industry consolidation in 2012. Both companies generate solid free cash flow, have solid balance sheets and repurchase shares and pay a growing dividend stream.

We slightly reduced our position in Conrad Industries (CNRD).

In the last three quarters, our portfolio has exhibited negative performance. While I would like the portfolio to do well every quarter and also beat the index, I do not think that is realistic. My goal is to put together a portfolio of stocks that are attractive relative to their cash flows and have solid balance sheets and good capital allocation. Over time such a portfolio should produce solid returns. Mistakes are inevitable in this business but as long as the same mistake is not repeated and the process is being refined to improve stock selection, we should do fine.

I am thankful to my clients for the opportunity to manage a portion of their assets. Thank you for the referrals.

According to ETFGI, assets in ETFs / ETPs globally reached a new record high of 2.926 trillion US dollars at the end of Q1 2015. Global Assets In ETFs /... Read More 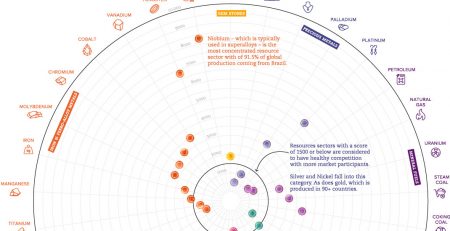 Thankfully the hurricane assumptions were off and they did a bit less damage than what was anticipated. Although let's not make light of the recent weather events, for mother... Read More

Robert Shiller: The Investing Golden Age May Be Over

Nobel Prize winning economist, and Yale University professor, Robert Shiller says the American economy is changing and we may not be dealing with it in the right way. Robert Shiller:... Read More