Disaster has once again reared its ugly head towards Nokia Corporation (NYSE:NOK). Contrary to expectations, the company’s stock has plunged more than 10 percent, despite the highly anticipated Nokia Lumia 920 launch that took place today. Apart from dipping in the potent American market, Nokia’s stock also took a nosedive in Finland, its home market.

In typical cases, most companies stock prices’ teeter right after a product launch. This is usually attributed to mixed reactions and indecisive investors. Nokia Corporation (NYSE:NOK), has however, been hit by an extreme dip, signaling a bigger and more serious problem.

Over the past years, Nokia’s market share has shrunk indescribably. In fact, a report released by Topeka Capital Markets cites that Nokia Corporation (NYSE:NOK) could seize being a standalone company two years from now. This only paints a darker shade of gloom and heightens the increased bearish slant assumed by investors.

Varied stakeholders were surefooted that the launch of the Lumia 920 and Lumia 820 would drive some excitement through the smartphone market. Unfortunately, these product launches only seem to have added a few holes into the already sinking ship.

The Lumia 920, which was expected to sail the ship out of the violent waters, did not grab the expected attention of the market. Fitted with high-end features and a wireless charging system, the Lumia 920 runs on Microsoft Corporation (NASDAQ:MSFT)'s Windows Phone 8 operating system and has an impressive 8 megapixel camera. The 820 on the other hand operates in the shadows of the 920, as it exhibits less powerful specifications.

These two smartphones have been released exactly a week before the launch of Apple Inc. (NASDAQ:AAPL)'s iPhone 5 that is slated for September 12th. Nokia’s timely launch is a probably an attempt to dig into Apple’s gigantic numbers. From a realistic slant, Nokia’s odds are more than lopsided. The Lumia cannot match up to the popularity and market share that iPhones command. Similarly, the iPhone’s vertically integrated digital grid gives it an edge against other smartphones in the market. The vertically integrated digital edge basically allows users to seamlessly connect with other Apple devices, like tablets and Macs, through their iPhones.

After looking at the huge edge that the iPhone 5 has over Nokia’s devices, one would wonder why Nokia went ahead and launched its smartphones in September. It’s so simple. Nokia Corporation (NYSE:NOK) is wedged between a rock and a really hard place. Had it released its new smartphones earlier, its devices would have to battle competition from the Galaxy S3. On the flip side, releasing the two Lumia smartphones after the launch of the iPhone 5 would have been worse. 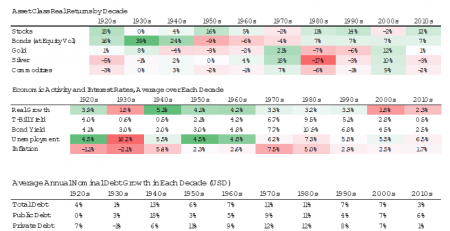 One of my investment principles is: Q2 hedge fund letters, conference, scoops etc Identify the paradigm you’re in, examine if and how it is unsustainable, and visualize how the paradigm shift... Read More

Jane Siebels Presentation at the Value Investor Conference. Check back for more presentations, or sign up for our free newsletter to get all the presentations in your inbox. H/T... Read More

Income Inequality And The U.S. Tax System by Pamela Villarreal Income inequality has become a hot button topic of late. Two years ago, Thomas Piketty’s book on the causes of... Read More