PepsiCo – Signs of a Stronger Future Begin to Arise?

Although PepsiCo, Inc. (NYSE:PEP) is most commonly recognized for its flagship cola drink, the company has a diverse product line of internationally established beverages and foods. These brands include Fritos, Lays, Doritos, Tostitos, Cheetos, Quaker, Rice-A-Roni, Gatorade, Tropicana, Mountain Dew, and 7UP. The Lay’s brand is the best selling snack food in the world.

Pepsi is under tremendous pressure as a result of declining beverage sales in North America and compression of profit margins caused by higher commodity costs. To enhance long-term shareholder value, the company is relying upon international expansion, new products, and promotional campaigns. Short-run efforts to buoy the stock price have included dividend increases and share repurchases as well as 8,700 of job cuts in 2012.

PepsiCo, Inc. (NYSE:PEP) is the largest food and beverage company in Russia following the purchase of Wimm-Bill-Dann in 2011. The aim of that acquisition is development of a $30 billion operation throughout Central Asia and Eastern Europe by 2020.

Pepsi also completed an arrangement in 2012 with Tingyi (Cayman Islands) Holding Co (PINK:TCYMY) (TPE:910322), which is one of the leading food and beverage companies in China. Tingyi’s beverage subsidiary became the franchise bottler for Pepsi and Gatorade brands in China. The agreement also called for co-branding of juice drinks under the Tropicana name. Despite recently slower growth in China, the country is expected to comprise the world's largest beverage market by 2015.

Introduction of Pepsi NEXT in March 2012 was intended to attract new cola drinkers using a formula with 60% less sugar than regular Pepsi. Unfortunately, Pepsi continued losing market share to The Coca-Cola Company (NYSE:KO) in 2012. Diet Coke had already overtaken regular Pepsi as the second largest selling soda brand during 2010.

Diet Pepsi is the seventh highest sold carbonated drink. Its market share has declined 5.3% since 2000. During that period Diet Coke increased market share from 8.7% to 9.6%. Still, the regular and diet brands of Pepsi are the company’s largest providers of revenue.

In response to criticism that soda drinks fuel obesity, Pepsi altered the blend of sweeteners in Diet Pepsi starting in January 2013. The switch provides a low calorie soda with less sensitivity to taste degradation over time. Remixing the sweetener does not alter product taste. This move appears to convey an effort at Pepsi to boost sales of it top selling carbonated drinks. A similar move to deliver flavor-retaining low sugar beverages was introduced by competitor Dr Pepper Snapple Group Inc. (NYSE:DPS)/ Snapple.

A continuing focus at Pepsi is attracting consumers to its brands in the fast growing beverage category of non-carbonated drinks. Pepsi products in this group include Lipton, Aquafina, Tropicana, Gatorade, SoBe, Propel, Naked Juice, and Izze.

In March 2012, the Frito-Lay division launched Doritos Dinamita tortilla chips, which are spicier than regular Doritos and rolled in the shape of a taquito. Packaging has names such as Chile Limon and Nacho Picoso.

Pepsi has also leveraged its Quaker Oats brand to promote healthy snack foods that eliminate trans fats. In 2012, the division introduced a new line of packaged oatmeal cookies. Later in the year, the product line was extended with the addition of Quaker Perfect Portions flavored instant oatmeal.

A new marketing campaign called Quaker Up was launched in December 2012. Its aim is showcasing the nourishing qualities of Quaker Oats products. Components of the program include use of social media, crowdsourced marketing, a logo redesign, and Hispanic targeted themes.

Full results from the aggressive marketing efforts remain to be seen. In the third quarter of 2012, Pepsi’s North American soda volume declined 2%. However, an improvement in market share occurred. As a general nationwide downward spiral continues for traditional carbonated beverages, flavored soda has proven an exception. This category holds appeal to youths and ethnic groups.

PepsiCo, Inc. (NYSE:PEP) intends to spend around $500 million in 2013 for promoting Gatorade, Mountain Dew, and Tropicana in addition to Pepsi soda. Much of this spending will occur in North America, where Pepsi has lost ground to Coca-Cola. Promotional spending is also focused on the rising per capita beverage consumption for ready-to-drink teas, juices, sports drinks, and bottled water.

Development of new products plus building brands with more advertising expenditures has created downward pressure on Pepsi earnings. In addition, rising input costs present another challenge at the company. Because Pepsi has substantial food product operations, it faces greater pressure from commodity prices than The Coca-Cola Company (NYSE:KO), which lacks a food operation. Cost cutting moves have mostly offset the pressure on profit margins.

Despite lower sales volume in North America, Pepsi has a major presence in foreign markets. Approximately half of the company’s revenue is generated outside the U.S. Third quarter 2012 sales in emerging markets were especially strong. Volume was 10% higher in the Asia, Middle East, and Africa unit. Sales of both beverages and snacks were robust throughout region, which included significant growth in the Philippines, India, Pakistan, Vietnam, and Saudi Arabia. The Latin American foods segment provided 13% volume growth. Beverage sales in Russia and developing Europe more than offset declines in Western Europe.

Another plus at Pepsi is its leadership in healthier products as a response to consumer preferences. The nutritional snack business is expected to reach $30 billion from the current level of $13 billion.

The mature snack food market presents PepsiCo, Inc. (NYSE:PEP) with few challengers to its market share. This leaves Pepsi with a principal objective to increase market size. That’s the thrust behind rewarding consumers with new products.

Pepsi’s revenue growth projection for 2013 is in the middle single digits. The company plans to allocate 5% of revenue to capital spending. Management allocated $6 billion to dividends and share repurchases in 2012. That year marked the company’s 40th consecutive annual dividend increase. Based upon the stock price in early 2013, the dividend yield is around 3%.

Resilient growth over the past several quarters foreshadows high potential for Pepsi’s fundamentals to improve over the long-term. With a price of less than 15 times projected earning in 2014, the stock’s valuation holds appeal. PepsiCo, Inc. (NYSE:PEP) has a favorable product mix, substantial international exposure, and high cash flow to support promotional initiatives. If the company meets its growth forecasts, contrarian investors should profit considerably. 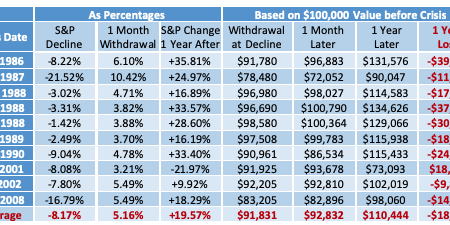 Valeant Pharmaceuticals shares were trading down near 4% in the wake of an announcement by Preet Bharara, US Attorney for the Southern District of New York, that two former... Read More

Ray Dalio released a 30 minute video in English (and russian) about how the economic machine works. We have transcribed the entire video (in English) for your reading pleasure.... Read More