Bill Gross of PIMCO spoke to Bloomberg Television’s Stephanie Ruhle, Adam Johnson and Alix Steel on “Lunch Money” today, reiterating comments in his monthly outlook that the age of credit expansion that led to double digit returns is over.  Gross said, “Those days are over…Pension funds and individuals and investors that expect 10% consistent returns to pay those bills are going to be disappointed.”

Gross also said that the price of gold “will be higher than it is today and certainly a better investment than a bond or stock, which will probably return only 3% to 4% over the next 5 to 10 years.”

Link to interview-here. (excepts below)

Gross On whether investors should be putting any money into funds at all or whether they should go for the lowest price option and buy the S&P:

“Certainly, from the bond standpoint, let's be clear in terms my cult of equity—it is really a diminished or dying cult of both bonds and stocks from the standpoint of a belief that they can return 10% types of returns to pay their bills, to pay for education, to pay for retirement. Those days are over if only evidenced by the bond market in the U.S. only yields 1.75%. How can you produce a 10% type of return historically that we have seen for the past 20 years to 30 years at 1.75% yields? It really cannot be done. Similarly, if equities are related to bonds and attached or conjoined at the hip in mathematical terms, then you would expect equities as well to produce less than 10% returns going forward. So pension funds and individuals and investors that expect 10% consistent returns to pay those bills will be disappointed. When we expect 2% to 3% return from bonds and 4% to 5% from stocks, if younger investors want to invest in stocks with that 4% to 5% expectation, then we suggest they do it.”

On what PIMCO is buying now:

“With reflation as the odds on probability, it is clear that the world is in a deflationary, reflationary type of mode and does not know which way to go. If central banks are successful in terms of reflating, if Bernanke is successful in terms of a new QE, then an investor should be focused on reflationary assets, such as commodities and gold to the extent that they reflect future inflation. On the bond side that would be inflation protected securities such as tips or even floating rate securities that don't have a fixed coupon and stocks as well. Stocks that in some cases can keep up with inflation and are not buffered by a head wind in terms of those higher inflationary rates which in historical terms, has occurred. But stocks are not a bet either. It’s just that all of them, as a category, cannot produce the returns that investors have grown used to.”

On whether the U.S. is falling back into a recession:

“I don't think so. I think Bernanke has been successful up until this point. 2% is the number plus or minus in terms of real growth and it appears we are right about that level now. We do have some dramatic fiscal cliffs and some dramatic changes perhaps in terms of fiscal attitudes going forward and fiscal budgets and so those in combination with the weakened effects of monetary expansion in the U.S., with the weakened effect of QE1, QE2, Twist and now QE3, it will be difficult to stimulate the real economy in the U.S. At a faster rate than 2% and perhaps even less if we have that fiscal cliff in December or January of 2013.”

On the ECB’s bond-buying proposal:

“The market awaits a 24-hour from now announcement in terms of what it might be and even then, conditioned upon some rulings from the constitutional court in Germany on the 12th. In any case, it appears, based upon unofficial leaks, that the program will be limited to one- to-three-year bonds. This pertains to the reflationary aspect that I tweeted—ultimately it will lead to an expansion of the ECB’s balance sheet. Currently, it is at $4 trillion. We don't know how much it will expand, but nonetheless, a $4 trillion balance sheet that several years ago was $2 trillion or less is doubling in terms of the central bank's monetary base. We are about to see an expansion of ultimate hundreds of billions of dollars by the ECB which come at some point, has the potential for inflationary aspects.”

On how gold helps investors protect their wealth in times of inflation:

“Gold cannot be reproduced. It can be taken out of the ground at an increasing rate, but there is a limited amount of gold. There has been an unlimited amount of paper money over the past 20 years to 30 years. Now in this period of central bank expansion, whether it is QE1 or QE2 or the LTROs with the ECB or this potential new program which might be announced tomorrow, then central banks are at their leisure in terms of basically printing money. Gold is a fixed commodity. It has a considerable store of value that paper money has not. It is certainly dependent upon the price and it is hard to know if current levels for gold are the appropriate price. But when a central bank starts writing checks and printing money in the trillions of dollars, it is best to have something that is tangible and cannot be reproduced, such as gold.”

On whether the gold trade is too crowded:

“I don't think so. Central banks got out of the gold trade a few years ago. Just recently, they are coming back into that market. Central banks have trillions of dollars of reserves. We’re talking about China. We’re talking about Brazil. We’re talking about Mexico, countries that have earned a surplus of reserves and they have choices in terms of how to invest them. Would they want to invest them in a 1.55% 10-year treasury or in something that is more tangible that they cannot be fooled with in terms of the marketplace? And so central banks are coming back into the market. You see some diminished demand from countries such as India, which is suffering in terms of its economic growth. So there is a yin and a yang there. But I think for the most part it is not a crowded trade yet even though the price has accelerated in recent quarters and recent years.”

On his gold price target for medium-term:

“I am not a gold bug. I am just suggesting that gold is a real asset and will be advantaged if the Federal Reserve or the ECB central banks start to write checks in the trillions. So what my objective is, I am not sure. I just think it will be higher than it is today and certainly a better investment than a bond or stock, which will probably return only 3% to 4% over the next 5 to 10 years.”

On whether he has a different game plan for an Obama victory vs. a Romney victory:

“I don't think so yet. We are talking about that in the investment community in terms of how to how to play this. Obviously the polls are 50/50 so it is hard to make a bet one way or the other. I think coming out of both Republican and Democratic parties, in terms of the ultimate outcome, will be some type of tax reform that levels the playing field and perhaps promotes some productivity going forward. The important point in January or February of 2012 will be how both of these parties come together to address the deficit. If it stays at 8% to 9% going forward, that leads to Fed QEs and Fed purchases and ultimately higher reflation going forward. We will be watching carefully the aftermath of the elections and how these parties come together in terms of fiscal policy going forward. It will be critical.”

Brazil is undergoing what is considered its worst economic crisis in seventy years, and there is usually no agreement when it comes to the causes of this situation. President... Read More

In his latest presentation to investors Crispin Odey  has turned even more negative on the equity and bond markets, a theme initially expressed in an earlier letter. The one time bull has... Read More

Active investors have been uttering oaths a lot more colorful than “by George!” over the last few years. With flows moving from active to passive at unprecedented levels, it... Read More 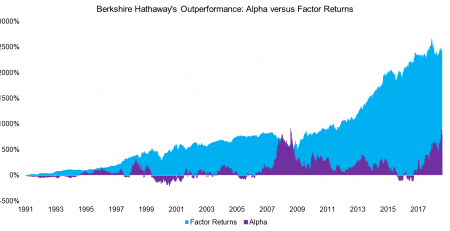