As a threshold matter, we emphasize that the practical consequences of adopting proxy access remain unclear. Although a small number of proxy access bylaws have been in existence for a couple of years (four provisions predated 2011), we are not aware of any proxy access nominees to date. More importantly, in the area of activist campaigns for board seats, we do not believe proxy access is likely to play a significant role. Activist investors are unlikely to use proxy access for several reasons. First, like now-vacated Rule 14a-11, proxy access bylaws require that the nominating shareholders be passive investors without the intent to influence the control of the company. Many activist investors will not meet this passivity requirement. Second, proxy access bylaws require the nominating shareholders to meet a three-year holding period. Such a holding period is inconsistent with some activist investors’ historical investment periods. Proxy access bylaws restrict the number of nominations generally to 20-25% of the board, and activist proxy contests are often for more seats. Finally, activists who threaten or wage proxy contests are unlikely to use proxy access (even if they could meet the passivity requirement) because the solicitation efforts that can be undertaken as part of a traditional proxy contest provide substantially greater flexibility and a greater likelihood of success and the cost is generally not substantial compared to the investment made in the issuer.1 Other potential nominating shareholders may be deterred as well. Depending on the market value of the issuer and the concentration of holdings, it may be difficult to accumulate sufficient shares in a “group” to nominate an individual without requiring compliance with the proxy rules—Rule 14a-2(b)(7), which exempts solicitations to form a nominating group, only applies to Rule 14a-11 nominations.2 Potential nominating shareholders also may be concerned about the possible loss of 13G eligibility, or the potential formation of a 13D group.3 Individuals may be reluctant to serve as proxy access nominees—in the typical activist situation, the nominated individual can rely on the activist undertaking substantial effort and expense to win the proxy contest, whereas efforts for a proxy access nominee would by their very nature likely be more limited. In addition, activist nominees generally receive indemnification agreements from the activist, which may or may not be provided to proxy access nominees in the future. We do expect, over time, that shareholders will make some use of proxy access, but we see no evidence that its use will become routine or widespread. It is also possible that the SEC may revise some of the ancillary rules adopted together with Rule 14a-11, to provide comparable exemptions for nominations and solicitation activities pursuant to proxy access bylaws, or consider no-action relief, eliminating some impediments to proxy access utilization.

The appropriate terms of a proxy access bylaw will differ from company to company and proxy access bylaws as a whole are still relatively new. However, trends are beginning to develop for certain key terms. To assist companies in the process of considering their own proxy access provisions, we analyze below a summary of key terms that have been adopted by public companies thus far. Attached as Annex B is a sample form of proxy access bylaw that companies can use as a starting point in crafting their own bylaw, whether to be adopted proactively, as a competing or substantially implementing proposal, in negotiations with a proponent, or following a successful shareholder proposal. 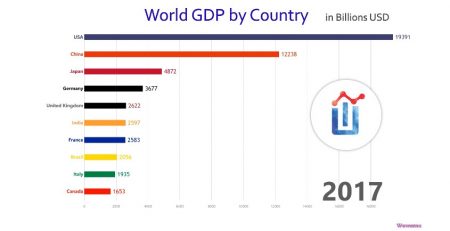 In economics, GDP (gross domestic product) is defined as “the total value of goods produced and services provided” in a nation in a given year. Q3 hedge fund letters, conference,... Read More

Credit Suisse forced onto the defensive

Credit Suisse forced onto the defensive Matthew Allen Jul 5, 2016 - 15:24 When he took over at the helm of Credit Suisse last July, Tidjane Thiam could hardly have expected -... Read More

David Einhorn: "The last few weeks have been a little bit choppier, and there have been opportunity that have been presented by some selling that's gone one," he said... Read More