Citron Research with its latest report on Questcor Pharmaceuticals Inc (NASDAQ:QCOR) delves into an in-depth look at the response to Citron’s claims about one of Questcor’s drugs.

Citron admits that we were nothing short of amazed when we read Questcor Pharmaceuticals Inc (NASDAQ:QCOR) response to our report on the laboratory assay of HP Acthar Gel, which documented its actual contents. Furthermore, the Street’s silence in response to our findings was deafening. No accusations about mishandled samples, no challenges to the credibility of our highly credentialed laboratory, nor any shred of a substantive reply to the harsh reality that Questcor is shipping a mislabeled, mis-dosed unproven drug, marketing it direct to vulnerable, chronically ill patients.

Who in the medical community would have ever guessed that HP Acthar Gel was actually deamidated corticotropin? In its entire decade long history, Questcor Pharmaceuticals Inc (NASDAQ:QCOR) has never once uttered the word “deamidated” — in presentation or in print, neither to the scientific, medical, nor investment communities. Yet, in some perverse alternative reality within a pharma universe that only they inhabit, “H.P.”, which everyone else thinks means “Highly Purified”, is presumably an abbreviation for deamidated.

In our first part of this expose’, we committed to follow up with further findings about the mysterious components of HP Acthar Gel. In this report, we will again present excerpts directly from a new letter that has been received by the FDA containing these new findings.

After reporting these findings, we will address Questcor Pharmaceuticals Inc (NASDAQ:QCOR)’s answer to our first report. Their reply was a broadside affront to the scientific community and government agencies that ensure safety of pharmaceuticals.

AS with the first report, the identity of the laboratory, the researchers and the attorney have been redacted, to insure that additional testing can be conducted, and findings submitted to regulators, without obstruction. We encourage all interested parties to file a FOIA request with FDA, to verify this and our prior report. And as before, the information in this report is available to all Federal regulatory agencies upon request.

The laboratory findings as submitted to FDA are summarized into three pivotal points: These points prove to the FDA that in fact Questcor Pharmaceuticals Inc (NASDAQ:QCOR) has either mislabeled H.P Acthar Gel, or does not even know themselves what is in their $30,000 vials.

1) The Amino Acid Sequence Described in the Package Is NOT Porcine Deamidated Corticotropin.

2) The Amino Acid Sequence Described in the Official Package Insert for Acthar Gel Is Not what the Laboratory Found in the Tested Vials of Acthar Gel.

With regard to each of these three points, we quote the actual text of the letter submitted, which refers to the specific laboratory findings, also submitted. The letter was authored by a former FDA staff counsel. Everything below in the beige shaded boxes is a verbatim excerpt from letter/findings received by the FDA. Citron presents these excerpts without edit.

1) The Amino Acid Sequence Described in the Package Insert for Acthar Gel, is NOT Porcine Deamidated Corticotropin.

More than forty years ago, the sequence identified in the package insert was believed to be porcine corticotropin. However, B. Riniker et al. demonstrated in a 1972 article “Revised Amino-acid Sequences for Porcine and Human Adrenocorticotrophic Hormone” published in Nature: New Biology, that the amino acids at two positions in the previously published non-deamidated porcine corticotropin sequence had been incorrectly characterized.

Prior to Riniker’s work, it was thought that there was an aspartic acid (Asp/D) at position 25, and a glutamine (Gln/Q) at position 30. The amino acid sequence that appears in the Acthar Gel package insert follows this outdated characterization. Prior to the Riniker publication, it was known that porcine corticotropin underwent deamidation, and that reaction had been ascribed to glutamine (Gln/Q) at position 30, which upon deamidation became glutamic acid (Glu/B). Riniker showed, however, that deamidation actually occurred at an aspargine (Asn/N) at position 25, due to the presence of the unstable Asn-Gly amino acid sequence at positions 25-26, converting the asparagine (Asn/N) to aspartic acid (Asp.D).

Questcor is Deceiving the FDA and Investors

Mark Spiegel's Stanphyl Capital letter for the month ended January 31st, 2016. Friends and Fellow Investors: For January and year-to-date 2016 the Stanphyl Capital was up approximately 9.1% net of all... Read More 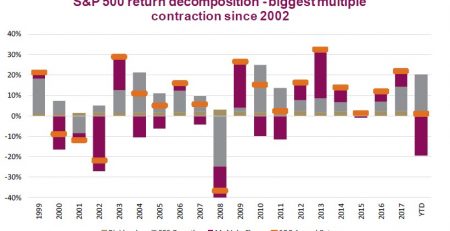 There Is Value Out There

On January 1 of this year, the S&P 500 had just completed 2017 which enjoyed record operating earnings of $124.50. With just one quarter to go, if current estimates... Read More 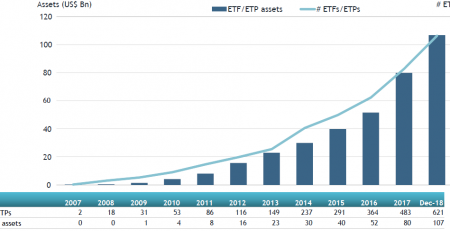