The Blackstone Group L.P. (NYSE:BX) CEO Steve Schwarzman spoke with Bloomberg Television’s Erik Schatzker and Stephanie Ruhle at the World Economic Forum in Davos, Switzerland today. Schwarzman said that the “U.S. is on a pretty good path.” He also said that Fed tapering won’t affect Blackstone: “I don’t believe that they’re going to increase interest rates so quickly as to basically throw the U.S. into a no-growth or negative-growth situation. So we don’t live in fear of Fed tapering.”

Schwarzman also commented on whether there is tension at Blackstone, saying, “We actually do not have tension. When I started, I came from Lehman Brothers. One of the interesting things when I joined the first day was, boy this is an interesting company. It looks like nobody stabs you in the back. They said, ‘Yeah, you’re right. At our firm, we walk up to somebody and stab them in the front, in the chest.’ I was sort of horrified. It ended up being the case. Now, when we started Blackstone, we only wanted to hire nice people. Set up a meritocracy, nonpolitical environment. We are pretty ruthless about making sure that those are the people who work at the firm.”

Schwarzman on how many times he’s been to Davos:

On whether hearing stories at Davos about dysfunction makes him feel better about the path forward in the U.S.:

“I think the U.S. is on a pretty good path. We probably will have less political dysfunction this year for a variety of reasons that everyone was a loser from last year. In terms of Davos itself, it is a fascinating place. You run into so many people from all over the world, a lot of them who you know. It saves travel…is a very economical use of time. When you meet people privately, it is 15 minutes or half an hour. You can transact a lot of business. You can learn a lot of interesting things.”

On how what he gets from portfolio companies compares or contrasts to what he’s hearing at Davos:

“We’re an indicator because we operate all over the world. In that sense, we tend to outperform and do better. Directionally, we see the same kinds of stuff directionally. The U.S. is doing well. We’re doing quite well in Europe with real estate because a lot of people were scared to buy it. We see the same trends there. We see the emerging markets slowly starting to recover. Not every one of them. But we have really hit bottom pretty much in the whole emerging-market area.”

On whether he believes Iranian President Rouhani when he says he’s looking to attract foreign investors:

“It’s interesting. I was party of a small private meeting with President Rouhani in New York before he announced what he was prepared to do in terms of making a deal on the reactors. Just from being with him for one hour and asking questions, as a person, he is quite intelligent. He is quite direct. He is quite smart in a way of laying out what his population needs. They have had about as much sanctions as they need. That is creating real hardships, which was the design of it. I am not a foreign-policy expert to know what is going to happen from here, but the fact that he is at Davos, he in effect used to run a think tank like the Council on Foreign Relations in Iran. He is a very comfortable in the world of ideas. Much different than Ahmadinejad.”

On what he wanted to know from Rouhani:

“I wanted to know if he could deliver a deal. I was very fascinated to listen to his analysis of his own situation, which was pretty logical on how the elections went…he was pretty confident because he was elected by about 70% of the vote with was five candidates, something like that. He felt like he had a mandate to make a deal. The question is, their country wants to have certain types of ability to process. Will the western countries agree to t hat? This is over my pay grade.”

On whether Blackstone would invest in Iran:

“We’re a long way from them. This is a forbidden country.”

“Things change. For Americans, nothing will change unless we basically make some type of arrangement. We tend to be pretty cautious people. Even though Iran has been around for a very long time, you would have to learn and see if things normalize. Get some sense of what is going on. It has been a very productive country with a smart population that has been well-educated.”

On whether there are opportunities in the Ukraine:

“Mostly, I try to invest in places that I would like to visit twice. That is a simple rule….the issue of some of the countries that have been through a lot of trauma with a lot of political uncertainty, typically that is not the kind of place that we go because we invest for 3, 5, 7 year period. If something goes wrong politically, then you’re trapped. We like countries with a strong rule of law and the ability to have liquidity. We are somewhat selective as to where we go.”

On how Fed tapering will affect Blackstone:

“I do not think it will affect us very much at all. The Fed has done a really remarkable job starting from the depths of a financial crisis helping the global economy and the U.S. economy to right itself without an enormous amount of help from other sources. I do not believe that there are some very smart people — Janet Yellen, Stanley Fischer —  that they are going to increase interest rates so quickly as to throw the U.S. into a no growth or negative growth situation.”

“There’s a lot of liquidity in the bank world. U.S. banks are in great shape and they are under lent. We could make a lot of money in our credit business with the volatility. We do not look at the slow increase in interest rates. We are the largest owner of houses in the United States, among other things. Everybody thinks that if interest rates go up, housing prices go down. Actually, the last 26 years that interest rates have gone up, housing has gone up. Every year. Just the opposite of what people would think. Usually when interest rates go up, it is because inflation is going up. That is good for housing and real estate generally — or interest rates go up because the economy is growing. That is a good thing. We do not live in fear of Fed tapering. In our credit area — we basically sold all of our bonds that are fixed-rate. We are in floating rate…as of probably sometime between the first and second quarter.”

On how much more complicated it has become to manage risk in the last five years:

“We figured out a system that manages the firm like it’s a small business. We do that through the use of technology. If you just take the real estate business for example and private equity has done the same way. We have a meeting every Monday. It lasts for 1.5 to 2 hours. We have every part of the firm, whether London and Mumbai or Hong Kong or other cities tied into the call. We go over every transaction that is being worked on everywhere in the world. In that room is everyone from a first-year person to the most senior partner. The use of television bringing everybody in allows us to have all of the people in that business — 150 people — hear everything that is going on. Be able to figure out relative risk and relative return based on what is happening in India versus what’s happening in Canada. This is a teaching moment for us and it happens every week. The chance that we do not know what the risk is on something — if we grow, we just add one more screen and include another group of people. We have figured out how to run the business like it is a small firm. Anybody can talk.”

“We actually do not have tension. When I started, I came from Lehman Brothers. One of the interesting things when I joined the first day was, boy this is an interesting company. It looks like nobody stabs you in the back. They said, yeah, you’re right. At our firm, we walk up to somebody and stab them in the front, in the chest. I was sort of horrified. It ended up being the case. Now, when we started The Blackstone Group L.P. (NYSE:BX), we only wanted to hire nice people. Set up a meritocracy, nonpolitical environment. We are pretty ruthless about making sure that those are the people who work at the firm.”

As Greece and eurozone negotiators appear to extend their smoldering debt issue to be resolved in another six months, other nations come into sharp focus As a he-said, she-said controversy... Read More

After going through a dull first quarter, Allen Global Partners did well in the second. The fund which invests in both credit and equities was up 3.75% in 2Q2014,... Read More 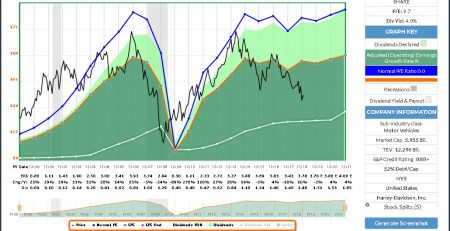