Wisdom: From Philosophy to Neuroscience by Stephen S. Hall gives us a penetrating history of wisdom, from its sudden emergence in the fifth century B.C. to its modern manifestations in education, politics, and the workplace, which capitalideasonline posted . First an Capital Ideas Online excerpt followed by a little on the book.

In a wonderful book, “Wisdom: From Philosophy to Neuroscience“, the author, Stephen S. Hall, writes on a philosophical history of wisdom.

“Although standard histories locate the nativity of philosophy in Greece in the sixth century B.C., the dawn of the Axial Age rose first in the East. At least a century earlier than the Greek stirrings in Miletus, Eastern religions and belief systems had begun to coalesce around a somewhat different notion of knowledge, one that nonetheless anticipated contemporary concepts of wisdom. The Upanishads – formally committed to written form only around 800-500 B.C., roughly the same time frame of Homer and Hesiod – assembled poems and tales that offered the collective wisdom of saints and sages on a less material, almost ineffable plane of knowledge. “Wisdom diverged from the knowable, sensory world we live in,” James Birren and Cheryl Svensson observed, “to a vaster, more intuitive understanding of the nature of life and death.” This more intuitive form of wisdom especially flowered in the teachings of Confucius, the most influential Chinese philosopher of all time, and, later, in the Buddha.

Born in the sixth century B.C., Confucius lived most of his adult life in the north-central coastal region of China, although he traveled extensively later in life – in a ceaseless and largely unsuccessful search for work! His father, a minor military figure, was seventy years old when Confucius was born, and he died when his son was three. Confucius applied himself avidly to his studies as a young man, married at age nineteen, and had a son named Kong Li (Li meaning “carp”). Always poor, but always diligent and ambitious, Confucius studied intensely while working as a clerk and a zookeeper. As he famously remarked toward the end of his life, “When I was thirty I began my life; at forty I was self- assured; at fifty I understood my place in the vast scheme of things; at sixty I learned to give up arguing; and now at seventy I can do whatever I like without disrupting my life.”

Very early on, Chinese wisdom acquired a practical, discreet, commonsensical, almost bureaucratic bent as people sought stability and pacifism. During Confucius's lifetime, the centuries-long reign of the Zhou dynasty in the western territories had collapsed, leading to great political instability, and with this came a period of intense social uncertainty and military strife. As civil order unraveled in this indifferent, feudal era, Confucius witnessed human misery on an epic scale. “This grounding in everyday horrors had a profound effect upon young Confucius,” British author Paul Strathern has written. “It was to give a toughness and practicality to his thinking, which it seldom lost.” This tough, unapologetic practicality is a reminder that our definitions of wisdom are shaped – and, perhaps, constrained – by unique local conditions of history and culture. And yet it is due to the power of wisdom that Confucian insights gestated in feudal China resonate instantly and effortlessly in twenty-first-century lives.

Wisdom: From Philosophy to Neuroscience

Wisdom: From Philosophy to Neuroscience by Stephen S. Hall

We all recognize wisdom, but defining it is more elusive. In this fascinating journey from philosophy to science, Stephen S. Hall gives us a penetrating history of wisdom, from its sudden emergence in the fifth century B.C. to its modern manifestations in education, politics, and the workplace. Hall’s bracing exploration of the science of wisdom allows us to see this ancient virtue with fresh eyes, yet also makes clear that despite modern science’s most powerful efforts, wisdom continues to elude easy understanding.

Definitions of wisdom abound in Hall’s exploration of the concept, which he reports is no longer the exclusive domain of theology and philosophy. Clinical psychology and neurobiology have elbowed their way into the subject in recent decades, and their investigations and investigators make up much of Hall’s work. An author of several books about human physiology (Size Matters: How Height Affects the Health, Happiness, and Success of Boys, 2006), Hall details brain-scan experiments intended to elucidate at a neuronal level components of wisdom such as ethics and also cites studies that rely on interviews with older people about their life experiences. From the author’s accounts, it doesn’t seem as though the scientist in the lab coat offers better definitions of wisdom than the sage in the toga. An essential ineffability about wisdom dogs both the empiricist and the theorist, according to Hall, but, not willing to concede futility in the hunt for wisdom, he suggests it is to be sought in family life and interpersonal relationships—a practical proposition on which his readers can reflect. –Gilbert Taylor –This text refers to an out of print or unavailable edition of this title.

“A fascinating attempt to understand one of our most cherished—but least well-understood-aspirations.” – Seed Magazine

“With the flair of an experienced science journalist, Hall takes us on a rollicking interdisciplinary journey through the ages, blending modern science, history and philosophy. . . . Highly readable.” – Nature Neuroscience

“A comprehensive and thought-provoking book that examines the difficult topic of wisdom in a fair—even wise—manner.” – Science News

“Utterly engaging. . . . Hall’s work as a translator and intermediary between the humanities and the hard neurosciences is in itself a feat of extraordinary mental balance and understanding.” – The Post and Courier

“Wisdom: From Philosophy to Neuroscience is a golden-ticket tour of the human mind, in all its dimensions, led by one of the most insightful and trustworthy science journalists we’ve ever had. This book is a feast, not a snack. Get ready to digest more smart brain science than you ever thought possible.”  – David Shenk, author of The Genius in All of Us: Why Everything You’ve Been Told About Genetics, Talent, and IQ Is Wrong

“Astonishingly wise, incredibly well written and most importantly wonderfully synthetic. One can disagree with some of the parts but few will disagree with the whole. Wisdom is still with us.” – Michael Gazzaniga, author of Human: The Science Behind What Makes Us Unique

“Steve Hall has done it again. He masterfully explains how ‘wisdom’ comes out of the brain without oversimplifying this enormously complex topic.” – Joseph LeDoux, Synaptic Self: How Our Brains Become Who We Are

“With erudition and literary skill, Stephen Hall brings us a powerful and perceptive synthesis of the contributions made by philosophers, theologians, and 21st century scientists to humankind’s ages-old search for the sources of wisdom. As a work of insight and art, this is indeed a wise book.” – Sherwin Nuland, author of How We Die: Reflections of Life’s Final Chapter

With the sad death of John (Jack) Bogle last week we thought it would be a great time to remember Warren Buffett’s public adulation of Bogle at the 2017... Read More

Did Berkshire Hathaway Sell Its Shares In StoneCo Ltd. During The Third Quarter?

Did Berkshire Hathaway Inc. (NYSE:BRK.A) (NYSE:BRK.B) sell its shares in StoneCo Ltd (NASDAQ:STNE) during the third quarter? BRK purchased an 11% stake in STNE at its IPO in Oct.... Read More

Steven Romick FPA Funds Commentary - The Importance Of Full Market Cycle Returns The full market cycle can be defined as a peak-to-peak period that contains a price decline of... Read More 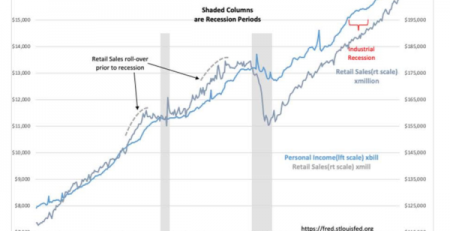