Using an event study approach, we seek to estimate the value investors placed on Steve Jobs by investigating the stock market reactions to his death. In the three-day window surrounding his death, the estimated cumulative abnormal returns (CAR) are -5.76%. Given the market capitalization of Apple at the time, it can be inferred that investors valued Steve Jobs at 20 billion dollars. While tragic, the news about Jobs’ death is greeted favorably by Apple’s competitors. The competitors appear to be convinced that, without Steve Jobs, they can compete with Apple better.

Apple has returned to the spotlight once again with the announcement that its profit in the fourth quarter of 2014 is 18 billion, the largest profit ever reported by a corporation. As of 2014, Apple is also the largest company by market capitalization, which is nearly 700 billion dollars. Because Apple was founded by Steve Jobs, his name is always linked to the company. Steve Jobs was regarded as a successful entrepreneur and inventor, a visionary that does not come along very often. He was chairman and CEO of Apple Inc. and played an important part in the development of the iPhone, iMac, iPod, and iPad. Apple went from a near bankruptcy to the world’s most valuable publicly traded company in 2011. It is obvious that his ideas and inventions have had a profound impact on the way we live. Although it is not possible to quantify the impact of his inventions on the society at large, we seek to quantify how much value investors placed on Steve Jobs by investigating the market reactions to his death. Steve Jobs passed away on October 5, 2011 around 3 PM, due to insulinoma or cancer of the pancreas. He was 56.

Using the standard event study methodology, our analysis shows that, in the three-day period surrounding Steve Jobs’ death, the estimated cumulative abnormal returns (CAR) are – 5.76%, a highly statistically significant drop. Given the market capitalization of Apple at the time, which was $350 billion, shareholders lost 20.16 billion dollars in the three-day period, a substantial wealth loss in such a short period of time. It appears that investors placed a substantial value on Steve Jobs. This is quite remarkable because he was no longer the CEO of Apple at the time of his death. He had earlier stepped down and passed on the baton to Tim Cook. It was also public knowledge that he had been battling cancer for years. So, his death was probably anticipated to some extent by investors. In spite of such anticipation, his death still brought about large negative stock market reactions.

We collect data on stock returns from the Center for Research in Security Prices (CRSP). We identify firms in the same industry as Apple by using the first two digits of the Standard Industrial Classification Code (SIC). Firm characteristics are obtained from COMPUSTAT. To examine the stock price reactions, we employ the standard event study approach. We use a 255-day estimation period, from day -300 to day -46. We define Day 0 as October 5, 2011, the day Steve Jobs passed away. We use market-adjusted returns and a value-weighted market index in our calculations. The results are qualitatively similar when different variants of the event study approach are employed.

Ex-ante, it is not obvious how the stock market should react to his death. On the one hand, it can be argued that his departure represents a significant loss to Apple and thus the stock market reactions should be significantly negative. On the contrary, it was well-known that he had been ill, having battled cancer for several years. He also discussed his declining health and resigned as Apple CEO a few months before his death. He did say much earlier that he would remain the CEO until his health condition did not allow him to do so. Thus, the fact that he left the CEO position strongly suggested that his health condition probably deteriorated. This information was likely incorporated into the stock price prior to his death. His death was probably anticipated to some extent by some investors. Furthermore, at the time of his death, Tim Cook was in full control of the company. Jobs had not been involved in the company for a few months. The stock price should have already reflected the value of Apple with Tim Cook in full control. If this is the case, then the market reactions may not be significant.

The risk-on strategy by hedge funds and other money managers seems to have picked some up steam ever since the beginning of 2013. The cash balance in margin accounts... Read More

The year that was 2015 was odd for several reasons, Baupost's legendary value hedge fund manager Seth Klarman noted in a recent letter to investors reviewed by ValueWalk. For... Read More 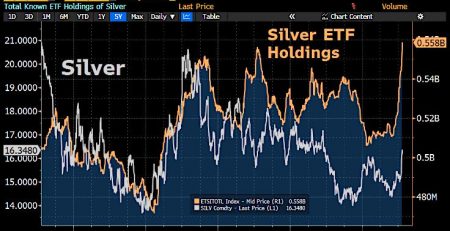 Pick and choose your poison. An economy which is growing at 3% and an unemployment rate of less than 4% will see rate cuts in next week Fed meeting.... Read More

In his latest interview on The Millennial Podcast, Dan Rasmussen discusses investing lessons he learned from working with Ray Dalio at Bridgewater. Here’s an excerpt from the interview: Question: Now, Dan,... Read More