Steven: Thank you, Mark. As always, we just start the slide of our philosophy just to highlight. And not to read every word on the page, but our goal is to provide equity rates of return over time and to do so by avoiding permanent impairments to capital.

If you look how we’ve accomplished that going back to our inception, you’ll note that we actually have outperformed the market by a reasonable margin. So we’ve actually exceeded our goal, and we’ve done so, you can note here as well, with about a third less volatility.

If you look at the performance through the end of the most recent quarter, it shouldn’t be any great surprise that we are consistent with what we always say that we’re going to do. And we will generally lag in bull markets and generally outperform in bear markets, and it’s exactly what you see here, although again over time our goal is to do as well as equities and do so while avoiding that permanent impairment in capital.

If you look what’s actually happened in the most recent quarter, you’ll note that there were top five winners and losers you’ll see on this chart. And for the first time ever they’ve exactly offset each other. We didn’t plan that—98 basis points up and 98 basis points down. There wasn’t much news in any of these securities. Some of the winners were out or ahead of Wall Street expectations, while some of the losers were behind. (2:01) Nevertheless thee was really nothing of note that caused us to deviate from our longer-term view in any of these companies, and this quarterly price movement is nothing more than noise.

Within our broad charter, we have an ability to go long and short. And sometimes a public company owns part of another, and we have the ability to short these businesses out. So I’ll give you an example from the past. We were long Renault and short Nissan. Renault owned 44% of

Nissan and some other companies as well. In this case, we see a long…

a winner and a loser on opposite sides of the metrics that you see here, and Naspers and Tencent Holdings. That’s one of these sub-investmentstrades that we habitually make. The fact that it shows on both sides of the table’s misleading however because the Tencent gain, which was a short, was entirely offset by the Naspers loss, which was a long. One really needs to look at the net, which has detrimental impact of just five basis points.

Just a couple words on Naspers—it’s a South African Holding company with a global portfolio of media and tech investments. Naspers has a 34% stake in Tencent, which is a Chinese internet company. The market values Naspers’s stake in Tencent at $48 billion, but then only value the entire parent company at $45 billion. So by going long Naspers and shorting a proportionate number of Tencent shares, it effectively allows us to create a stub at a negative $3 billion valuation. Now that means that the market is effectively paying us to own Naspers ex-

Tencent, and we feel that Naspers’s media assets are worth substantially more than negative $3 billion.

If you look at our portfolio characteristics at the end of the third quarter, nothing stands out as particularly different from the second quarter, and we continue to have a portfolio that is somewhat larger cap

than our historic average probably due to where the relative value is in the marketplace, and you also note that our balance sheets are on average far better. (4:02) That’s the most significant difference of this versus the

Index of the S&P 500… is that the debt-to-capital’s a negative number.

The negative number basically means our portfolio of companies on average have net cash. It doesn’t mean every company; that’s looking across the portfolio.

Our allocations haven’t changed much. Exposure is running about

54% net. And within the portfolio, there have been some changes however. We’ve eliminated six long positions in the last year, and this year to date we’ve added seven new long positions, which averaged about 7% capital commitment.

What we see out there in the world today is nothing much different than what we talked about in the prior few quarters. We’re beginning to sound repetitive we realize, but there isn’t a lot new that we have. And stocks don’t look particularly cheap, and things were going our way for a few moments. But that was, as it turns out, nothing more than ephemeral, at least for the moment.

Transcript and slides embedded below. 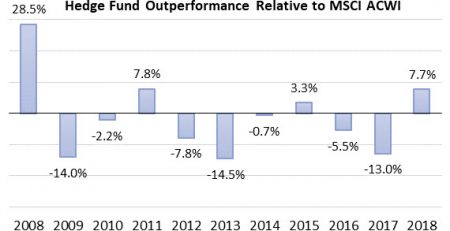 Brandes Investment Partners commentary for the second quarter 2015 titled, "Misbehaving During Periods of Dislocation." Focus on the Long-Term Company Fundamentals It’s the season for reading lists and one book making... Read More 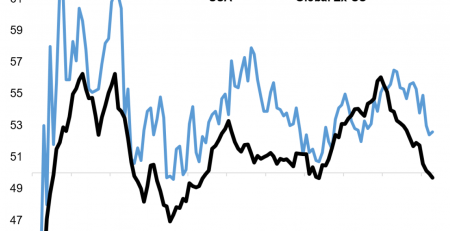