Sui Generis commentary for the month of October 2016, on the subject of oil prices.

Those of you who have read this note for some time now know that it is always intended to give you an idea of how we’re seeing the world rather than update you on the Fund itself. While we hope you find the Multiple Thoughts we churn out informative and perhaps helpful in making a decision, we must admit that it’s entirely likely that we get as much out of these notes as you do. The process of sitting down and thinking through investment ideas to the point where we’re comfortable having thousands of people read those thoughts is a great process for us to go through as money managers. It forces us to evaluate the concepts we believe are investable on a consistent basis and perhaps more important, forces us to re-evaluate ideas we have espoused in the past. To this end, this note will focus on one of our old favorites that we haven’t discussed for several months now, and that’s the oil & gas sector.

The reason for the delayed delivery of this note is that we were set to obtain a lot of information during the middle of last week and felt it would behoove us to wait until after that to publish. We were fortunate enough to spend two days last week at the Oil & Money conference in London; hearing insightful dialogue from the titans of the industry about the current state of the energy world and far more interestingly, what the future looks like. In our discussions with colleagues since the end of the conference we are consistently asked the particular question that usually is asked of us; are you bullish or bearish? And after consuming as much information as we possibly can over a 48 hour period we think there is only one logical answer to that question…yes. Don’t worry we’re not going to cop out and write some sitting on the fence type note, however we will do our best to walk through what is an incredibly nuanced trade at the moment.

Many opinions we have read have suggested that OPEC succeeded in their price war; that the long-cycle high cost resources out there (the Canadian Oil Sands, deepwater offshore) have been permanently impaired and now very unlikely to be developed any further. From this perspective we do actually agree with that narrative and combined with OPEC headlines and perhaps even OPEC supply cuts, we may very well see continued short term upward pressure on oil prices. And while we agree that some high cost production is indeed impaired, we are very much of the belief that the greatest near-term risk to the oil price rally is the improvements in efficiency being made out of sheer necessity by North American shale producers.  The much vaunted OPEC deal to freeze or slightly reduce production has taken crude to levels we feel very confident suggesting will bring about a major uptick in US unconventional production by late 2017. Or put another way, any actual production declines shouldered by OPEC will be backfilled by North American unconventional producers. Further, those high capex, long lead time projects have just been replaced with low capex short lead time shale developments and some good old fashioned efficiency; when capitalism works it’s truly a wonderful thing! Let us illustrate this point with some of the more compelling points made last week.

We all know that necessity is the mother of invention but we would like to tweak this to suggest that it too is the mother of innovation. The energy industry is embracing data analytics (yes, big data) like never before and these practices are driving cost deflation at an alarming rate, knocking previously uneconomic developments onside. GE’s recent purchase of asset performance management (APM) software firm Meridium for half a billion dollars is of great interest as one needs only to look at their clientele to see who is embracing these technologies (spoiler alert: everyone). The sorts of innovations developed by the likes of Meridium are at the core of the sustainable cost deflation the industry is seeing; for example the 32% decline in North American G&A costs per barrel since 2014 should be permanent. ConocoPhillips Chairman/CEO Ryan Lance told the crowd last week that they’re accomplishing the same amount with $5.5B in capex in 2016 as they did with $17B in 2014 then pointed out that he believes we’re only in the 3rd inning as it relates to innovation in the unconventional oil space. Scott Sheffield, the never-bet-against-him CEO of Permian Basin all-stars Pioneer Natural Resources suggested that at $55/barrel, not only should Permian basin production grow by upwards of 500,000 bbls/d per year for the next ten years, but the other large unconventional basins in the US “take off” at those prices. We take him at his word and see this as further evidence of a price ceiling.

We think there are three compelling directions from which to view the demand side of the energy world; transportation, power generation and demographics. And from the onset we think it is important to frame this discussion by asking yourself a question when considering the long term future of oil demand. Can you think of an issue that has ever united world leaders like the war on climate change? We aren’t exactly sticking our necks out by suggesting that ongoing efforts to reduce global emissions are by far the single largest threat to oil prices over the long term. Oil comprises 34% of global CO2 emissions and transportation is 2/3 of that, so it should be no surprise to anyone that one of the most oil demand-destructive policies to come out of the Paris climate conference (COP21) is the goal to improve the fuel efficiency of the current light vehicle fleet to just below 5 L/100km from the current efficiency of ~9 L/100km. A presentation from IFP Energies Nouvelles at the conference (the last of the day when most of the audience had left, this is symbolic) suggested that this fuel efficiency policy alone should represent a 14mmbbls/d decline (!) in oil demand. Perhaps most troubling for crude is that China appears to be taking this more seriously than anyone. With central and local government in parts of the country subsidizing electric vehicle purchases to the tune of over $14,000, it’s no wonder that the EV market in China is pacing to triple from last years ~146,000 vehicles sold.

If you believe that hybrid and electric vehicle adoption won’t be enough to generate real energy demand destruction we should then move on to the subject of power generation. Fossil fuels represented 67% of world power generation capacity in 2003 while wind represented 1% and solar came in below 1%. Fast forward to 2014 and that mix looks like 61% fossil fuel, 6% wind and 3% solar. Fast forward again to 2030 and envision the implementation of COP21 policies and Bank of America/Merrill Lynch suggests that the mix will look more like 38% fossil fuel, 20% solar and 18% wind (with hydroelectric and nuclear remaining fairly stagnant across this exercise). The implementation of these policies is not to be taken lightly as both China and (perhaps more symbolically given their snub of the Kyoto Protocol) the US ratified the Paris Climate Change Agreement in September.

As we sat in a room full of oil executives listening to BP Chairman Bob Dudley tell them that 14% of millennials surveyed said they would never work for BP because of the environmental harm inflicted by oil extraction and consumption, we couldn’t help but feel as though they were all missing what really should have been the point. The comment was made in the context of finding good people to hire. During subsequent conversations we repeatedly suggested that this should represent a warning on future demand and each time we were rebuffed. An already large and growing percentage of the largest demographic cohort in North American history not only doesn’t want your product, but doesn’t even want to be associated with you, think about it. This social conscience extends into the investing side of this conversation and we suspect it will soon lead to multiple compression. 85% of millennials believe environmental and social issues are an important part of their investment decisions, this compares to 70% of Gen Xers and only 49% of baby boomers. Again we think it would behoove investors to pay attention to these trends rather than ignore them. It’s worth noting that for the longest time we too were skeptical on the idea of crude oil demand destruction resulting from the green revolution, but we’re now more than ready to suggest that it’s real and it’s coming.

So what is there to do here? There is such an abundance of noise in the oil market right now that it’s very difficult to see how one can wade through it. OPEC clearly wants a $50 floor and will do what they can to maintain it (or at least Saudi Arabia will). Saudi Minister HE Al-Falih seemed very open and serious about wanting higher prices, though since the conclusion of that conference OPEC’s 2nd largest producer (Iraq) has publicly stated that they do not plan to cap production. Nevertheless let’s pretend that OPEC does cut production and prices do find a floor at $50/barrel and we see some upward pressure from here. In this scenario the profit motivated North American producers are going to come back online fast and furious so we want to be long oilfield consumables, specifically those who operate in a volume based sub-segment servicing North American unconventional basins like the Permian, the Eagle Ford or the Bakken; think frack fluid, sand, etc.  Have a look at any well run company that can benefit from the fact that ten-stage frack jobs a few years ago have yielded fifty-stage fracks today. Unconventional producers are doing more with less every day and the intensity of these wells continues to go up, so this is a great place to benefit from that trend. A trade on an interesting derivative of this trend would be to short Canadian natural gas producers. In the scenario we are discussing associated gas production, the natural gas that comes along with the oil extracted from these basins, should rise strongly in the US over the next 24 months and Canadian producers will be further shut out of their end markets. As it relates to oil, start discounting anyone who tells you their long asset life is worth a premium. If the demand side of this conversation is even half right, having a 50 year asset is going to become a liability. Please feel free to be in touch if you would like to discuss further. 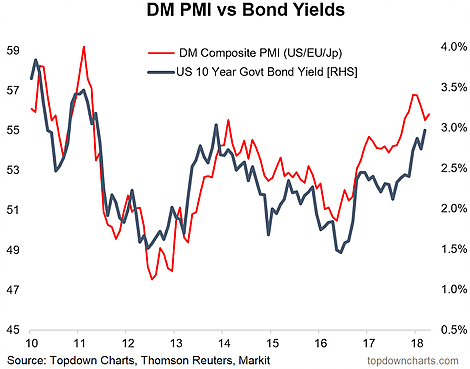 Emerging Value Capital Management letter to investors for the first quarter ended March 31, 2016. Get The Timeless Reading eBook in PDF Get the entire 10-part series on Timeless Reading in... Read More