Venture capital (VC) is a high-touch form of financing used primarily by young, innovative, and risky companies. VC funds invest in these companies on behalf of large institutional investors. Venture capitalists provide not only financing, but also nonfinancial support such as mentorship, strategic guidance, and network access. VC investments are typically highly speculative. While most VC-funded companies fail, some become runaway successes. A look at the largest companies in the world shows just how large those successes can be. Apple, Google, and Microsoft are three of the five biggest companies and they all received most of their early external financing from VC (Table 1). The rise of just these three companies generated hundreds of thousands of high-skilled jobs, billions of dollars for investors, and trillions of dollars of benefit for the U.S. economy, and immeasurable positive spillovers.

Clearly, Apple, Google, and Microsoft are among the most innovative and most important companies in a generation. But how important are these and other VC-backed companies to the U.S. economy? How do they compare to industrial behemoths such as General Motors or massive financial institutions such as Bank of America in terms of job creation and overall economic impact? In this white paper, we measure the long-term impact of VC by quantifying the contribution of VC-backed companies to the U.S. economy.

How Many Companies Does VC Financing Support?

To quantify the impact of VC on the U.S. economy, we start by classifying companies as either VC-backed or non-VC-backed. We consider only public companies that are traded on AMEX, NASDAQ, or the NYSE. While most successful VC investments end with the company being acquired, high-quality information is presently available only on those companies that become publicly listed.2 Thus, by excluding private companies and acquisitions, our results underestimate the impact of venture capital on the U.S. economy.

We perform this classification for all independent U.S. companies listed on a U.S. stock exchange. We exclude trusts and investment offices, but retain banks and insurance companies. The Appendix provides a detailed discussion of our procedure and the limitations of our analysis. As the Appendix shows, our classification procedure, if anything, likely underestimates the number of VC-backed companies.

Table 2 presents the summary statistics for the portion of public U.S. companies that are VC-backed, as of 2014. Our sample had 3,832 firms with a total market capitalization of $23.1 trillion. Of those, 665 (17%) companies are VC-backed, with a total market capitalization of $4.8 trillion (21%). Together, these young and fast-growing companies employ 4.1 million people. They invest heavily in research, accounting for $131 billion (44%) of the total research and development (R&D) spending of U.S public companies. In fact, the R&D spending of VC-backed public companies is greater than a quarter of the total government, academic, and private U.S. R&D spending. 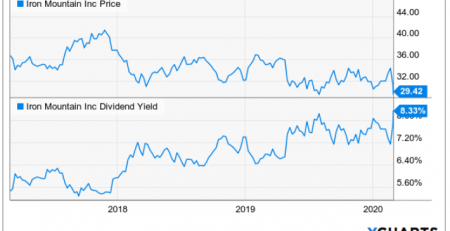 Baupost Group has boosted its stake in Novacopper Inc to 10.73 %, according to a 13G filing with the SEC. The famous value hedge fund, founded by Seth Klarman, had... Read More

Just two months after former Goldman Sachs employee Sergey Aleynikov, 45, faced a Manhattan courtroom, winning an odd split decision, he was vindicated today on the one charge that had stuck. Prosecutors... Read More