The relativism of the equity market has taken on a whole new meaning over the past several years as the passive investment craze has re-ordered the equity universe according to its convenience. It appears to argue that there are no absolutes, nothing is objective and what may be suitable under one characterization may or may not be under another. It appears to depend upon the “whether” – whether or not the architects of passive investment instruments like index funds and ETFs choose at their discretion to include a stock for the sake of their convenience and financial incentive.

In hot markets, investors have a tendency to overlook these details in an assessment of investment options for their portfolio. An investor or manager may decide he or she is undesirably under-weight mid-cap stocks and seek a fund option that provides the needed exposure. They may need healthcare exposure or consumer discretionary or value or technology, but regardless of the need, the list of options can be a complex and nearly endless matrix.

The determination of a reliable fund to gain the desired exposure(s) is straight-forward. The name-brand funds are a mouse click away whether you want to invest $100 or $1 million. But the assumptions embedded in determining a reliable option, including the convenience of choice and execution, do not typically give fair consideration to the possibility that the investor or manager may not get the exposure they thought.

Sure, one could rationalize these inconsistent inclusions and get away with it. Since investors are not really that discerning when returns have been solid, why bother? However, the collective decisions being made on over $1.5 trillion in assets as they move from active to passive funds will have a dramatic impact on the market. In the words of the ancient Romans, “It’s all fun and games until someone loses an eye.”

Categories that seem self-identified and straight-forward are anything but. They have been polluted by the relativism of those trying to maximize fee income. The popularity of indexation has required the index funds to include more liquid stocks from other categories. This destroys the integrity of the fund(s) and makes it increasingly homogeneous with the market basket. The distinction of the category is reduced because it includes stocks that do not qualify and should not be included.

Often in a search for liquidity or possibly performance, a large and easily tradeable stock prompts fund managers or index creators to include it when logic and pure definition of terms would say it should not be included. In this way, fund/index creation is a bit of a red herring in that you’re not getting what you think you are. Ultimately, it is to the fund/index creator’s benefit and the detriment of the investor.

We suspect the internal dialogue in the conference rooms of the passive funds goes something like this:

Executive #1: Liquidity is a problem, without finding a source of liquidity, we would have to halt new money into the fund.

Executive #2: You’re NOT going to halt new money! My bonus – and yours – depends on the growth of the fund!

Executive #3: Gents, no reason to worry. We can accommodate the new flow, we just need to apply a modification of interpretation of terms. After all, Apple was a small-cap stock in 1981…

Yes, relativism comes in all forms and it feels so good until it doesn’t. The problem described is systemic. It will help drive correlations amongst stocks with very different risk and earnings profiles more aggressively toward 1.00. Consider that during the recent market swoon, correlations between equity markets and equity sectors have been higher than short and long-term averages and even correlations seen during similar sell-offs in the past.

As described in our Unseen article Judgement Awaits, this is another example of the desire of certain institutions to make excess profits at the expense of the destruction of wealth they will ultimately impose upon investors.

For a copy of “Judgement Awaits”, please email us [email protected].

Many professional investors/traders recognize that they cannot match the intellectual horsepower and political connections of the institutional players, so they steer clear of the speculative games that favor those players. Without the opportunities provided by these investors/traders, the institutional players need to resort to more sinister measures to draw in the witless participant. In the same ways that the east coast mob moved west to Las Vegas, they expand their boundaries to encroach on more mainstream products like index funds and ETFs.

The evidence of these moves and the changing relationship is apparent. In the recent February sell-off, the S&P 500, the NASDAQ composite and the Russell 2000 had a correlation of an almost perfect 98.99%. That circumstance is symptomatic and will prove highly destructive when markets become more volatile and less confident. Even those who think they are protected in lower beta sectors or asset classes believed to be defensive may find out the pervasiveness of passive investing has reduced the value of their “prudent” actions.

High yield bond performance got off to a strong start in the first quarter, benefiting from a relatively benign economic and interest rate environment. There was a surprisingly muted... Read More

Collection Of Markel Corp Shareholder Letters From 1987 To 2014 via Hurricane Capital To Our Shareholders We completed our first full year as a public company with very successful results. Once... Read More 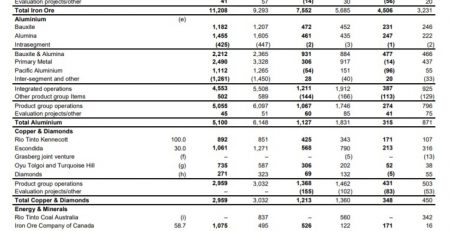 Very often we emphasized that when investing in commodity market it is worth using ETFs. They have lower costs of a given investment or achieve better diversification. It happens,... Read More