Thomas Russo: In Investing “Then What?” Is A Great Question To Ask – ValueWalk Premium

Thomas Russo: In Investing “Then What?” Is A Great Question To Ask

What struck him about Buffett was that he came across as a person who spent most of his time thinking about things that made sense to him, unlike things they taught at Stanford, which didn’t make any sense to him. For someone who started off as a bond analyst and later became an analyst with the Sequoia Fund, Thomas Russo has really come a long way to make his mark as a value investor. He manages over $6 billion through separately managed accounts and the flagship Semper Vic Partners Fund. Tom Russo has delivered a net annualised return of 12.61% since inception against 8.48% for the S&P 500.

How did the 50-cent dollar bill become one of your touchstones in investing?

A 50-cent dollar bill is just an expression that Benjamin Graham used and Buffett incorporated. The fact of the matter is that businesses are really dependent on timing. If you truly get a 50-cent dollar bill and the dollar bill doesn’t grow, your rate of return is completely driven by when you close that discount. When Graham wrote about it, one had to just take a look at the balance sheet to get that number. But today there are many liabilities that don’t appear on a balance sheet. For example, if you have to close a company on environmental costs, you cannot quantify pre-termination costs for labour and other claims. If you have a difficult time assessing liabilities because of legislation, you are probably better off finding a dollar bill that will grow in value. But then, that comes from the capacity to reinvest. However, a question that arises is: will managers invest enough, since the investments would come at the cost of earnings? For example, take the case of a hedge fund [Highfields Capital Management] that is averse to the Canada-based Tim Horton’s Coffee expanding in the US market.

FPA Perennial Fund: On The Most Important Contributor To Performance

The stock market is not your friend. Instead, the market awakens a dangerous emotion — fear. Often we are too fearful to invest in stocks, or, having taken the... Read More 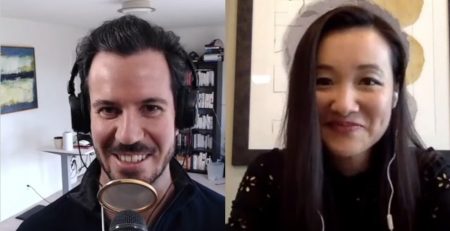 Summary In this episode of The Acquirer’s Podcast Tobias chats with Perth Tolle, who is the Founder of Life + Liberty Indexesand the Freedom 100 Emerging Markets Index. Perth provides... Read More

If you were given a no obligation $1 million check right now, how would you spend it? That’s the question Mirador Wealth asked 5,000 people across the United States... Read More

Many fund managers expect performance and investment decisions to be affected, while institutional investors expect to commit less to the UK via Preqin Also see top hedge fund letters Both the... Read More