Trading And Liquidity Of Media And Off-Media Stocks – ValueWalk Premium

Out Of The Limelight But In Play: Trading And Liquidity Of Media And Off-Media Stocks

Using hand-collected TV programming and intra-day trading data from China, we compare the trading, liquidity, and returns of on-show and off-show stocks in the same sector. Our difference-in-difference analysis reveals that post-show, off-show stocks experience significant improvements in liquidity that is attributable to small trades. The pre-show return gap between the on-show and off-show stocks closes post-show, and there is no return reversal. We show that retail investors’ focus on off-show stocks could reflect a lack of media trust. Overall, our evidence suggests that media coverage facilitates price discovery and retail investors appear to respond rationally to media coverage.

Out Of The Limelight But In Play: Trading And Liquidity Of Media And Off-Media Stocks – Introduction

Individual investors are typically considered uninformed and naïve; they play the role of “noise traders” in many theoretical models, and they are found to exhibit behavioral biases in empirical work. However, some recent work challenges this long-standing view. For example, Kaniel, Liu, Saar, and Titman (2012, KLST henceforth) provide evidence of informed trading by individual investors around earnings announcements in the US. They show that intense aggregate individual investor buying (selling) predicts large positive (negative) abnormal returns on and after earnings announcement dates. Kelley and Tetlock (2013) find that net retail buying positively predicts monthly stock returns with no evidence of reversal, and furthermore, retail order imbalance from market orders correctly predicts the linguistic tone of firm-specific Dow Jones newswire stories.

Specifically, we study Chinese retail investors’ reaction to mass media coverage of financial information. A number of papers have shown that retail investors in mature markets such as the US exhibit “limited attention” and trade “attention grabbing” stocks featured in the media. For example, Barber and Odean (2008) find that individual investors concentrate their trades on attention grabbing stocks covered by the media. Engelberg, Sasseville, and Williams (2012) show that stock recommendations on Mad Money—a popular TV show in the US—lead to large overnight returns and subsequent reversals when viewership is high. These findings suggest that retail investors respond to media coverage naively. This naïve, limited attention hypothesis implies that Chinese retail investors’ trading would also be influenced by media coverage in a predictable way—they will trade stocks that receive the most media attention. Recent papers, such as Mei, Scheinkman, and Xiong (2009), Chan, Wang, and Yang (2012), and Xiong and Yu (2011) provide evidence that Chinese retail investors are unsophisticated.

However, Chinese investors may respond to media coverage somewhat differently from those in the US and other advanced economies due to low media trust in the country. Corruption in government and its adverse effects on the economy and society have received much attention (see, for example, Calomoris, Frisman, and Wang (2010)). With tight government control over media, there is suspicion among the public on media coverage of sensitive issues related to political economy. Often times media coverage is perceived as favoring large, state owned enterprises (SOEs). Moreover, in the last decade, there have been numerous reports of media abuse whereby influential firms or investors used the media to spread positive news about companies, driving up the stock price and engage in pump-and-dump at the expense of small investors.4 If investors learn from these experiences, they may be more skeptical of the stocks touted by media outlets, and consequently, their trading in response to media coverage will be affected by this lack of trust.

Thus, an empirical examination of Chinese retail investors’ response to media coverage is a meaningful exercise not only because China is a huge retail market but also because it allows us to study the interplay of media attention and trust. To this end, we manually compiled a dataset from a widely viewed financial TV program in China, combined with intraday trading data from the Thomson Reuters Tick History database (a trade-by-trade database similar to the TAQ data for the US). To study the impact of media coverage on trading, we focus on the change in stocks’ trading and liquidity from the days immediately before the airing of the TV program to the days immediately afterwards. We contrast this difference between stocks directly featured on the shows and stocks in the same industry but are not directly featured on the shows. In other words, our empirical method is a difference-in-difference analysis.

The TV program we study is a popular nightly financial program called “Sector Reports”. As the name suggests, the program focuses on sector analysis, featuring a particular industrial sector in each episode. The show also features a number of individual stocks from the sector, with their ticker and other brief information prominently displayed on screen.

Hence, these “on-show” stocks grab most of the investors’ attention. We exploit this feature of the show and compare investors’ trading of stocks that are featured in the show (henceforth ‘on-show’ stocks), versus stocks in the same industry that are not featured in the show (henceforth ‘off-show’ stocks). The naïve, limited attention hypothesis predicts that retail investors’ subsequent trading should be particularly intense for on-show stocks, and less so for off-show stocks. If however, Chinese retail investors do not fully trust the media and attempt to undo a potential media bias in the coverage, we would expect a less pronounced reaction to on-show stocks. Our difference-in-difference approach compares the changes in trading and liquidity of the on-show and off-show stocks before and after the show. 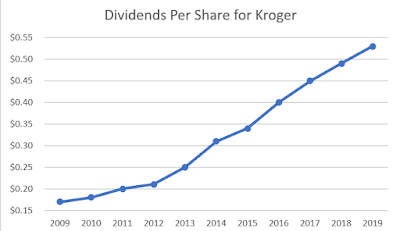 Dead Companies Walking: How A Hedge Fund Manager Finds Opportunity in Unexpected Places by Scott Fearon, discusses methods for spotting doomed businesses, and how they can be extremely profitable... Read More

Last week it was reported that Halliburton Company (NYSE:HAL) was in talks to acquire Baker Hughes Incorporated (NYSE:BHI), but this morning, an official deal has been announced. In a... Read More