A special report released from research firm Wealth-X points out that the number of ultra high net worth (UHNW) individuals (net worth more than $30 million) in the U.S. has grown dramatically over the last few years. The sources of the wealth of these new UHNWs are numerous, but the twin towers of wealth inequality — equities and real estate — contributed the most to the fortunes of the U.S. super-rich.

The Wealth-X report also highlights the distribution of these UHNW individuals across the country, breaking down the numbers by state and major metropolitan areas.

The U.S. has by far the largest ultra high net worth population (69,560) and many times more UHNW wealth than any other country (9,630 billion). More billionaires billionaires live in the U.S. than anywhere else in the world. Of note, more UHNW individuals in the US$30 million to US$49 million tier live in in the US than there are UHNW individuals of all wealth tiers in any other country.

Details on UHNW individuals in other states

The economies of Alaska and Hawaii were among the most sluggish in the last year, so its not a shock that Alaska and Hawaii experienced no growth in their UHNW populations. New Mexico and Vermont only saw an increase of five UHNW individuals over the last year. Wisconsin and Connecticut also saw relatively growth, with their super-rich populations moving up by less than 3%, and increasing by only 30 and 35 UHNW individuals, respectively.

The powerful growth seen in Florida’s financial and real estate sectors resulted in a big boost in the state’s UHNW population. Florida’s super-rich increased by over 10%, with almost 500 individuals joining the ranks over the past year.

Michigan’s economy also performed well over the last 12 months, seeing a surge in investment and a increasing confidence in the economic outlook for the region. Michigan’s UHNW population expanded by more than 10%, with the addition of over 200 individuals.

A dark secret of economics is that there’s no general agreement on why money works. Why, for example, does practically everyone in the world exchange things of great and... Read More

Ed Garden: At Trian, We Put Our Money Where Our Mouth Is 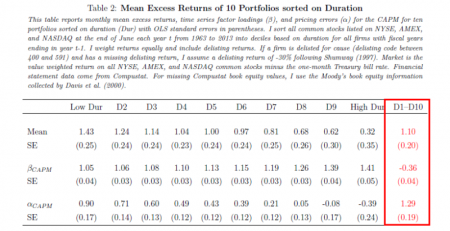 As a regulatory agency struggled to determine the causation of the Flash Crash, focusing on stocks, it reviewed independent data that it now appears to be at issue five... Read More