Ben-Gurion University of the Negev

Researchers in finance and adjacent fields have increasingly been working with textual data, a common challenge being analyzing the content of a text. Traditionally, this task has been approached through labor- and computation-intensive work with lists of words. In this paper we compare word list analysis with an easy-to-implement and computationally efficient alternative called semantic fingerprinting. Using the prediction of stock return correlations as an illustration, we show semantic fingerprinting to produce superior results. We argue that semantic fingerprinting significantly reduces the barrier to entry for research involving text content analysis, and we provide guidance on implementing this technique.

Finance and economics researchers are deluged with data, much of it of non-quantitative nature. Accordingly, there is much interest in how such data – usually in the form of text – can be used in explaining and predicting financial and economic phenomena. Our paper conducts a first assessment of the predictive power of an emerging development in textual analysis: semantic fingerprinting.1

A series of papers co-authored by Hoberg and Phillips (2010, 2015a, 2015b) pioneered the use of textual data to measure similarity between firms’ products and therefore their proximity in the business space. These papers document that text-derived measures of competitive proximity outperform traditional industry classifications in a wide variety of predictive and explanatory specifications. Specifically, these papers use text sources such as 10-K business descriptions to create descriptive word lists for individual firms. Each firm is then represented by a vector of 1s and 0s indicating the presence and absence, respectively, of a given word in the text. The cosine similarity between the vectors captures the overlap between the word lists and is therefore a measure of proximity between firms.

Recent advances in the semantic analysis of texts make it potentially possible to improve on such ‘word list’ analyses. For example, if one text uses the term ‘online’ while another relies on the term ‘internet’, a word list process would not conclude that the two texts are talking about the same thing. Semantic fingerprinting, on the other hand, is ‘trained’ on a large body of text so that it can record concepts that a given word is associated with, similarly to how the human neocortex processes and stores related concepts. These related concepts form the so-called ‘semantic fingerprint’ of a given word. For example, the terms ‘online’ and ‘internet’ will have similar semantic fingerprints. Accordingly, the semantic fingerprints of two texts each of which relies on one but not both of two related words, will overlap. Therefore, the two related words’ presence will contribute to the two texts’ proximity measure if the measure is derived from their semantic fingerprints but not if it is derived from word counts. We thus expect that semantic fingerprinting has the potential to improve on word list methods, at least when it comes to measuring document similarity – and therefore the similarity of two firms when the documents in question describe the firms’ business activities. 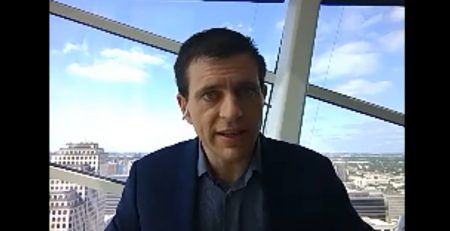 Chris Cole: Constructing A Portfolio That Will Last 100 Years

In his recent interview on The Mab Faber Podcast, Chris Cole discusses constructing a portfolio that will last one hundred years. Here’s an excerpt from the interview: Q1 2021 hedge... Read More

Walgreen to Pay $6.7B for Alliance Boots

Gregory Wasson, the CEO at Walgreen Company (NYSE:WAG), is a happy man today. The market is bubbling with fresh news of Walgreen’s new 45% stake at Alliance boots. The deal... Read More

Visitors to “WallStreetBets,” the Reddit forum where “YOLO” is the war cry are used to making and watching traders take high risk, high reward bets on stock prices. These... Read More