First a statement from Wal-Mart

This is the same union-supported group that regularly issues similar, flawed reports on Walmart to promote their agenda rather than the facts. This latest report includes incomplete, erroneous information designed to mislead readers.

Walmart paid $6.2 billion in U.S. federal corporate income tax last year, nearly 2% of all corporate income tax collected by the U.S. Treasury. Walmart also pays over $10 billion in payroll taxes for its 1.3 million U.S. associates. In addition, Walmart paid $3.3 billion in property tax, state income tax, franchise tax and other state taxes.  Walmart also collected and remitted over $14 billion in state and local sales taxes  – helping  fund education, public safety, and infrastructure improvements in the communities where we operate.  Walmart has processes in place to comply with applicable SEC and IRS rules, as well as the tax laws of each country where we operate and we maintain transparency with the IRS via real-time disclosure of our business transactions and corporate structure.

Just as the company uses funds generated from the U.S. market to continue to invest in stores, wages and growth in the US, we keep a large portion of foreign earnings in international markets where they are reinvested for growth.  Regardless of where the foreign earnings are held, under the current law, they are not subject to U.S. tax until they are repatriated.  Even so, and even with non-U.S. operations comprising nearly 30 percent of Walmart’s revenue, Walmart had an effective tax rate of approximately 32 percent over the past three years.

One point the report makes is around the listing of our subsidiaries.  We disclose the significant subsidiaries of the corporation in the company’s 10K, which is compliant with SEC regulations.

Most people know that Wal-Mart is the world's largest corporation. Virtually no one knows that Wal-Mart has an extensive and secretive web of subsidiaries located in countries widely known as tax havens. Typically, the primary purpose for a corporation to set up subsidiaries in tax havens where it has little to no business operations and few, if any, employees is to pay little, if any, taxes and to maintain financial secrecy.

Although Wal-Mart’s business practices have a profound impact on every corner of the global economy, the company keeps this most basic information about itself effectively hidden from public view. Compiling the data for this report required hundreds of hours of labor to discover these subsidiaries and unearth financial records from Washington to Switzerland, London to Luxembourg, and South Africa to Central America. More research is needed to fully assess the extent of Wal-Mart’s web of tax-haven subsidiaries and how Wal-Mart may use it to avoid paying taxes now and in the future.

Wal-Mart’s entrance into the world of tax havens is especially notable because the retail industry has not been known for this kind of activity. Rather, the big corporate players in the tax-haven game have historically been high-tech firms, pharmaceutical companies and Wall Street banks. They are able to shift profits offshore relatively easily through a variety of means – chief among them transferring ownership of intellectual property to tax-haven subsidiaries. This kind of profit shifting is difficult for retailers to accomplish because their business activities and earnings are so clearly tied to retail operations in particular countries. The discovery that Wal-Mart has built an extensive web of tax-haven subsidiaries suggests that a range of exotic international tax avoidance strategies are being adapted in new sectors of the economy.

The greatest challenge in preparing this report has been determining the impact that these tax-haven subsidiaries have on how much Wal-Mart may avoid in taxes here at home and across the globe. The large physical footprint of the retail sector makes it impossible for Wal-Mart to achieve the level of tax avoidance, on a percentage basis, that is available to other companies in the high-tech, pharmaceutical and banking sectors.

However, given Wal-Mart’s enormous size and characteristically thin profit margins for a retailer (about $16 billion in profits on $486 billion in revenues), even a relatively modest amount of tax avoidance can have a major positive impact on the company’s bottom line. This, in turn, can provide Wal-Mart with significant competitive advantages against smaller and more domestically-oriented retailers.

It appears that Wal-Mart’s tax haven activities have expanded significantly over the last five years. Unfortunately, it is impossible to determine from publicly available financial statements the extent to which this tax-haven expansion has already affected the company’s bottom line – and reduced the tax revenues of governments around the world. In the absence of reforms to the international tax system, including the stricter disclosure requirements proposed in this report, the scope and scale of Wal-Mart’s tax avoidance will continue to evade precise calculation.

Wal-Mart has established a vast and relatively new web of subsidiaries in tax havens, while avoiding public disclosure of these subsidiaries.

George Soros, chairman of Soros Fund Management, warns that monetary policy on its own is not enough to reinvigorate Europe's failing economy, and fiscal stimulus is needed. George Soros: Europe... Read More 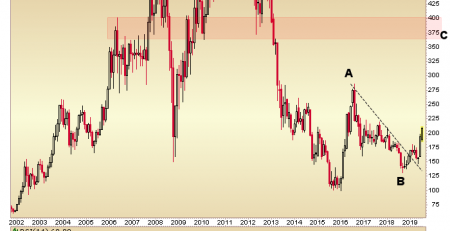