Three generations of philanthropists sit down to discuss business, charity, farming, and their 40 Chances in life, moderated by Tom Brokaw. Excerpt as well as video, audio, transcript below.

If you had the resources to accomplish something great in the world, what would you do? That’s the question legendary investor Warren Buffett posed to his son in 2006, when he announced he was leaving the bulk of his fortune to philanthropy. Howard G. Buffett set out to help the most vulnerable people on earth—nearly a billion individuals who lack basic food security. And Howard has given himself a deadline: 40 years to put more than $3 billion to work on this challenge. 40 Chances: Finding Hope in a Hungry World captures Howard’s journey to make a difference in the world, and the lessons learned along the way. Warren joins his son and grandson, Howard W. Buffett, to celebrate the accomplishments so far, and embrace the new challenges ahead. 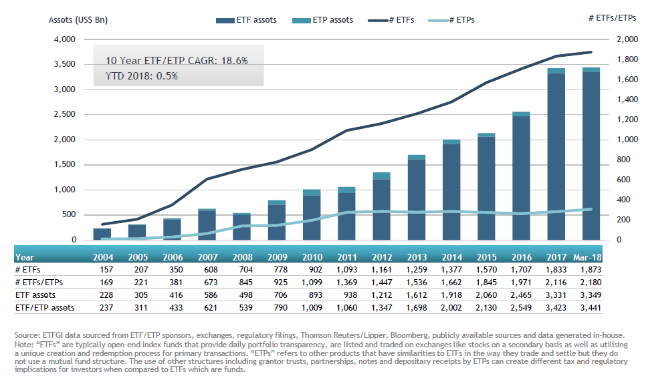 As the current deregulatory environment rages in Washington DC, post-crisis over-the-counter derivatives regulation stands as a rare epitome of government effectiveness, a new report claims. In the wake of... Read More

Morgan Stanley Plans to Expand its Presence on Twitter and Linkedin

Passive is taking over the world and Jeff Bezos and Jack Bogle will jointly rule the world , right? Yes, but there is one big exception - Latin America... Read More